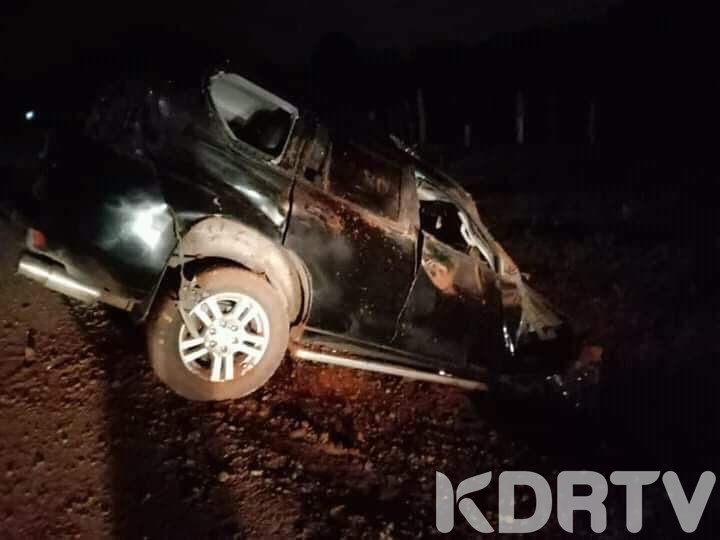 (KDRTV) – Nandi Senator Samson Cherargei has said he is well and safe after a horrific accident on Friday night.

In a message shared on social media, the Senator thanked everyone who had wished him quick recovery.

God bless you all.

Cherargei’s vehicle rolled several times on the Kapsabet – Eldoret Highway at around 9:30 PM.

The Senator was a allegedly travelling from Nandi, where he had met Deputy President William Ruto, to his Eldoret Home.

He was rescued by a local Samaritan who took him to a hospital in Eldoret town.

KDRTV now understands that the Senator sustained minor injuries and was allowed to go home after checkup.

Kenyans on social media have questioned why the Senator was out past the dusk to dawn curfew hours. Does this mean that the rules do not apply to some people or Cherargei as providing essential services?

Cherargei ha been one of the most vocal DP William Ruto supporters at a time most Tanga Tanga Members are being persecuted by the Jubilee Party.

Last month, Cherargei was dewhipped as the Chair for the Senate Committee on Legal Affairs.

The outspoken politician declined to take another role from the party.

KDRTV will like to wish the Senator quick recovery.