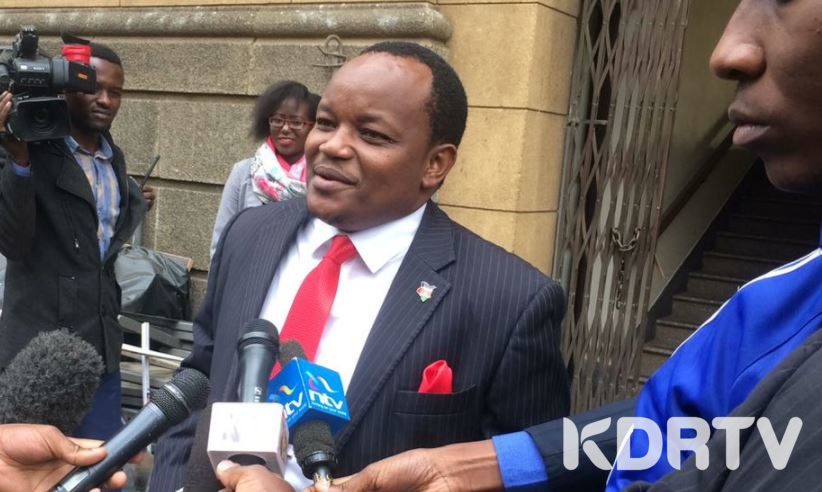 Nyeri Tow MP Ngunjiri Wambugu claims there is a plot to impeach President Uhuru. He says the plan is elaborate and being spearhead by Tanga Tanga MPs in the House. Ngunjiri claims they MPs want Uhuru out of State House because of his stand on the war against corruption, which Ruto is not happy about.

”Oscar Sudi’s remarks should not be taken lightly. I have information they are plotting evil things against the president. This is just one indication that the people behind corruption are willing to do anything to stop him and they are dangerous,”  Ngunjiri said in Nyeri.

The MP is among the Team Kieleweke group of leaders who have fallen out with Tanga Tanga in Jubilee. They claim DP Ruto’s allies have constantly disrespected President Uhuru Kenyatta. Ngunjiri says the war on corruption has threatened Ruto’s camp and they are  will do anything to stop Uhuru.

“President Uhuru is disrupting networks that have been entrenched in the country for years, and they have the money to disrupt his political career and even sponsor an impeachment Motion,” Wambugu said.

In the last one week alone, Tanga Tanga MPs have demanded Uhuru to resign. Others have accusd him of weaponising the war on corruption to target the Kalenjin community. William Ruto on the other hand accused the politicians of playing politics with the war on corruption.

Subscribe to watch latests videos
In this article:Ngunjiri Wambugu