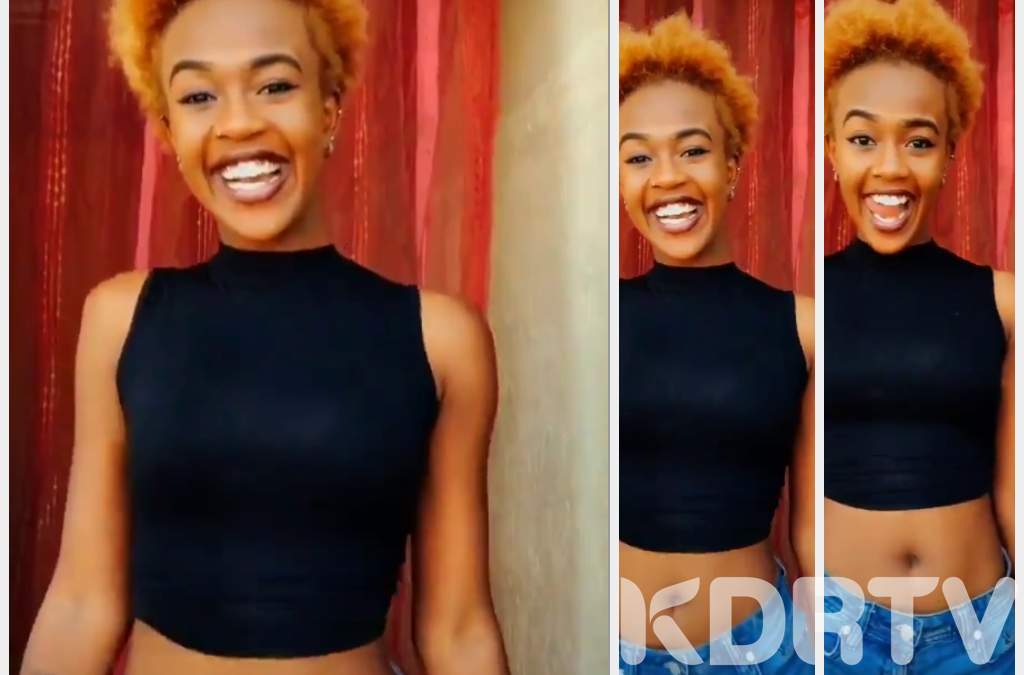 (KDRTV) – It all started four days ago celebrated Rapper collaborated another household name in the Rap industry Mejja for a song the Utawezana hit song. Ok, the song was not a hit song until Sunday when the #UtawezanaChallenge started trending on social media.

Now, there is another social media app called TikTok. Basically, it is a video app. Thousands of content producers around the globe including famous celebrities are sharing their content on TikTok. I am sure you have watched so many TikTok videos during this quarantine period.

A lady decided to record a video of herself dancing to Utawezana hit song on Tik Tok and it quickly went viral on Twitter.

The way she whined in that video is something out of this world. Her waist is also the top dollar, add her big smile to the mix and you will understand why she has been trending.

After some investigations, we later learnt that the ladies name is Azziad Nasenya. Azziad is so talented, she has been making such videos on TikTok. Actually, the #UtawezanaChallenge has made the Original song trend at number one on Youtube.

She can also proudly say that her video on TikTok has contributed to more than 100,000 views to the original song.

Read Also: From the Greatest News Anchor to a Husband Snatcher- Kenyans Turn the Heat on Yvonne Okwara

Unfortunately, Kenyans are not used to good things. We are so used to bringing each other down that something good can’t last for an hour.

Cyberbullies have been at work, trying to bring Azziad down. First, some of her friends leaked her phone number on social media and we all know what that means.

This is not the first video that Azziad has done and will not be the last. She enjoys herself and puts a smile on our faces. Trash talking her doesn't diminish the value of her art. It doesn't change who she is but it is hurtful. Be respectful unless you're just insecure.

We can’t share some of the trolls she has been facing but all we know is that this girl is good at what she does and she is destined for greatness. As for you cyberbullies, your days are numbered.