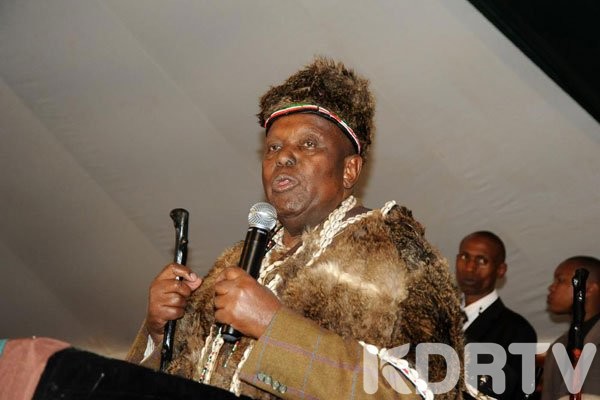 When he passed away in February 2012, former Cabinet Minister Njenga Karume left behind a vast estate estimated to be more than Ksh 100 billion at the time. Karume had risen from a charcoal burner to building a large empire that included a chain of high-end hotels, real estate, coffee and tea plantations and shares in several companies.

The former Defence Minister probably did this because he knew what poverty meant and did not want any of his family members to endure what he went through during his time as a charcoal burner.

But almost eight years since his death and his family members, the people whom he worked so hard for, are wallowing in poverty despite the billions of money locked up in bank accounts.

Today, one of Karume’s daughters will be buried in Israel because the family cannot afford funds to bring her body home.

Jane Mukuhi Wahito, who was battling bile-duct cancer, died on Wednesday last week and will be buried at  Bahan Kibbutz, a few kilometres from the hospital she was being treated in.

According to sources within her family, less than 10 people will attend the ceremony which will cost approximately Ksh700,000

According to a local daily, Wahito who is Karume’s 5th child reached the decision to be buried abroad because she didn’t want the drama that followed the demise of her niece in the US in September this year.

Michelle Karume, a grand-daughter of the billionaire business mogul died begging for funds to treat her illness.

Her grandfather had included her in his will as one of the beneficiaries of the vast estate.

But the 26-year-old died begging for money to treat her cancer.

Before her painful death, she penned an emotional letter detailing how the trustees managing her grandpa’s estate had forsaken her, leaving her to go for months without medication.

“The clock is ticking while every day I sit by my phone to hear some good news on funds, but three months later I am waiting here; still waiting for my phone to ring, but in return, I get less communication to a point nobody can pick up my calls,” she wrote.

Before he died in 2012, Karume had appointed a trustee to manage his estate. But his family has filed several petitions in court demanding to be allowed to manage the estate without the trustee.

Subscribe to watch latests videos
In this article:Headlines,Michelle Karume,Njenga Karume