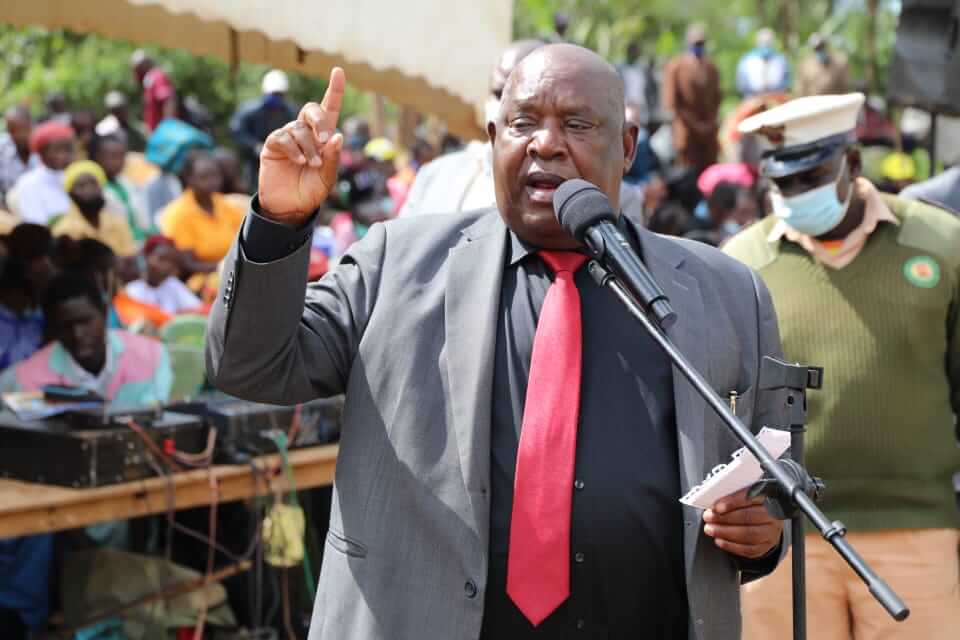 (KDRTV) – It was a matter of when not if Nyamira Governor John Nyangarama would be confirmed dead.

Reports emerged as early as Tuesday that the second term County boss had passed away. These reports didn’t go away with several close to the governor claiming that he was on life support. There was no assurance he would survive.

KDRTV can exclusively report that Nyangarama’s condition reached a point of no return in the wee hours of Tuesday morning.

His death was confirmed by the family on Friday. The 74 year old has been at Nairobi Hospital for 3 weeks after contracting COVID-19.

“I am deeply saddened to learn of Governor John Nyagarama’s death. My sympathies to his family and the people of Nyamira as we mourn his death and reflect on his life.

” Nyagarama has been an extraordinary partner in strengthening devolution. I will forever cherish moments with him on duty and as personal friends. May His Soul Rest In Eternal Peace,” the ODM Party leader said.

Interior CS Fred Matiang’i, who hails from the same Abagusii community like Nyangarama eulogized the Governor as a community elder who defended the rights of his people.

Devastated by the news of the death of my Governor John Nyangarama. He was a gentle and kind soul. A real mzee and elder in the community who defended the rights of his people. My condolences to his family and the people of Nyamira County.#RipNyagarama pic.twitter.com/PnM1nd14GE

Back home in Nyamira, locals questioned the legacy that Nyangarama has left behind.

The Governor has previously been criticized for lack of development in Nyamira. In 2016, he was put on the spot for constructing a Ksh 7 million County Hospital gate.

There are also questions on why he was treated at Nairobi Hospital. Could it be because he has not developed the Healthcare systems back home?