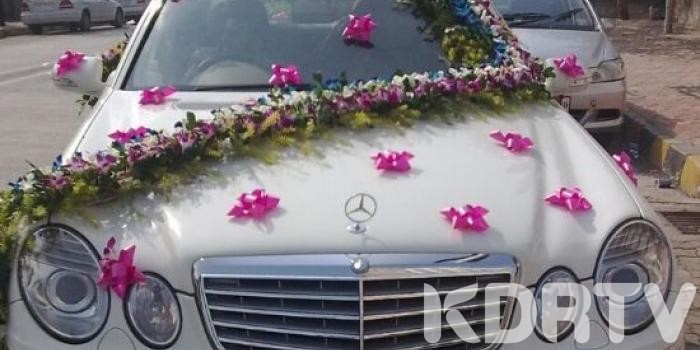 Matongo village residents in Nyamira County were treated with drama after a woman stormed a wedding of Kemera Ward MCA George Morara, alleging to be his legal wife.

The wedding was being at Kerongo Catholic Church on Friday, December 13, 2019.

The estranged woman who identified himself as Janet Omwamba hinted to NTV that she and Morara had been lawfully married for 20 years and they had not annulled their marriage.

“Today there was a wedding I did not know of and I was not invited. I realised the groom was my husband. He had not informed me that he was getting married again,” Omwamba told NTV.

“I was informed by my child who saw invitations to a wedding doing rounds online, so I decided to check on who’s wedding it was,” she added.

Omwamba stormed at the wedding scene and informed the Priest that the groom was her legal husband and that they had a 20-year-old son.

The lady was in the company of a heavy security officer as she handed over the court to the priest who was to preside over the ceremony.

The priest then told the congregates that about the development and stopped the proceedings.

“I have a court order that legally bars me from uniting these two, I can’t proceed and do something that I know is illegal,” the priest was quoted by Daily Nation.

Reportedly, family and friends of Morara attempted to eject Omwamba from the wedding but all were in vain. since she stood her ground and stated that she got a legal document refuting the ceremony.

Unfortunately, those who carried with them gifts had to leave with them.

“I am really disappointed with what has happened here. I can’t talk now. I am really embarrassed,” Morara was quoted by Daily Nation.