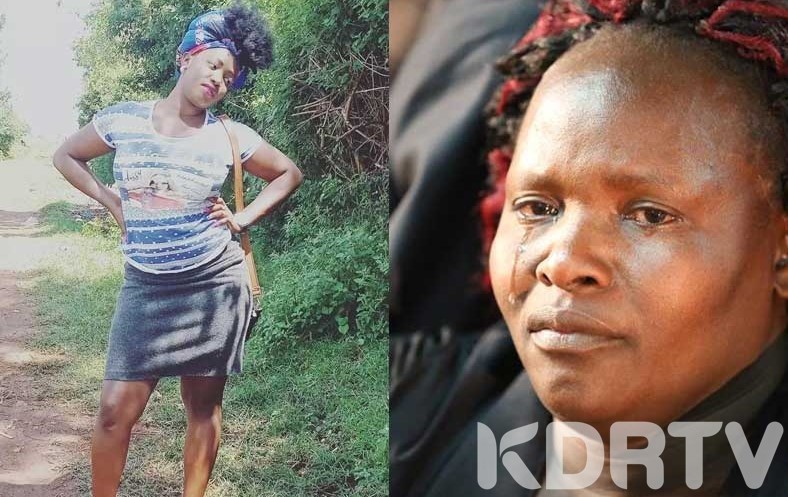 The family of the slain Rongo University Student Sharon Otieno still mourns the death of their child, one year later with no justice yet served.

The family expressed their disappointment on the judiciary blaming them for dragging the case and delaying the proceedings of it.

Sharon Otieno was killed in the most gruesome manner, with her unborn child succumbing to the injuries inflicted.

According to Sharon’s parents, the images and memories of their daughter lying in cold blood still taunts them.

“Time heals all wounds but I shall never recover from this one. I am still haunted by the images of my beloved daughter lying in cold blood, brutally battered to her death,” said Melinda Auma, Sharon’s mother.

The death of Sharon was surrounded by controversies, with Migori Governor Okoth Obado at the center of it all.

It was ascertained that Obado and the late Sharon were involved in a long love relationship, which led to her getting pregnant.

.@ODPP_KE has not & does not intend to drop murder charges against Migori Governor Okoth Obado as claimed on social media
Obado & his 2 co-accused are charged with 2 counts of murder of former Rongo University Student Sharon Otieno & her unborn baby pic.twitter.com/owBzzT0olb

Obado was released from remand on condition that he would not enter the county where late Sharon Otieno – whom he is accused of murdering – hailed from.| @SethOlale pic.twitter.com/MRa9tNbTrj

However, the two had disagreements over the unborn child leading to the unveiling of the brutal events.

Sharon had gone missing after scheduling a meeting with the governor’s aide together with a journalist who was following up on the story.

The journalist narrated to have escaped an attempted murder, where the governor’s aides were on his neck trying to strangle him and make his meet his creator.

This alerted the police and investigations were launched on the matter, in a bid to locate Sharon.

Sharon’s body was later found in Kodera forest, tortured and battered almost to no recognition.

Migori governor Okoth Obado was arrested and arraigned in court, where he pleaded not guilty.

He was detailed for almost a month, with his aides although later released on bond.

The case was scheduled to happen at a later date although the deceased family claim foul play.

The case attracted the interests of many people, including politicians who aimed at Obado’s downfall.

The family together with close friends have scheduled an anniversary on September, 4 to commemorate and rally for quick justice to be served.

“We are preparing for a first anniversary and we welcome everybody. We just want to remember the life of our daughter in a positive way and have her killers brought to justice,” said her parents while in their village home.