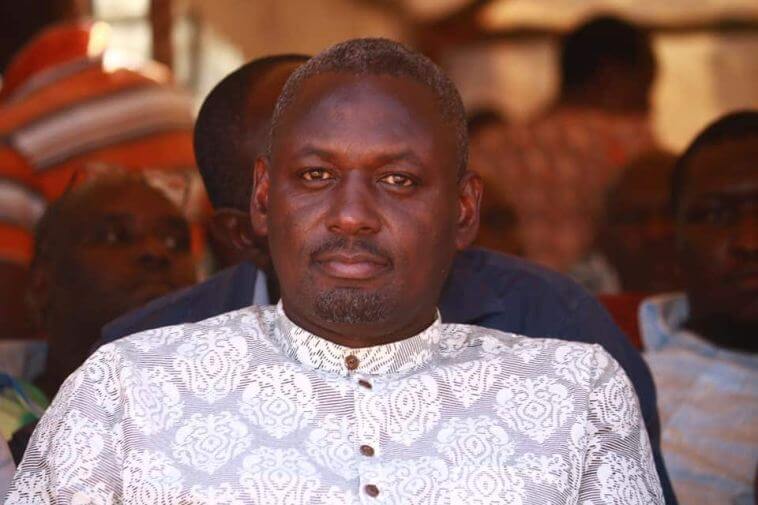 (KDRTV) – The billions of money stolen from the Arror and Kimwarer dams scandal is enough to buy 12 million wheelbarrows, Rarieda MP Otiende Amollo.

In an interview with Citizen TV’s Trevor Ombija on Thursday, Amollo poked holes into DP William Ruto’s strategy of empowering the youth through buying them wheelbarrows.

He said if the billions of money lost through corruption, specifically the dams scandal, is used to buy wheelbarrows in Nairobi, there will be no space for cars.

“You don’t empower the youth by giving them wheelbarrows. If you take the Ksh.61B lost in Arror/Kimwarer, divide it by cost of a wheelbarrow which is Ksh.5K…my calculation comes to about 12.5M wheelbarrows if you distribute these in Nairobi we will not even have space for cars,” the Senior Counsel said.

Otiende Amollo, MP, Rarieda: If you take the Ksh.61B lost in Arror/Kimwarer, divide it by cost of a wheelbarrow which is Ksh.5K…my calculation comes to about 12.5M wheelbarrows, if you distribute these in Nairobi we will not even have space for cars#DayBreak w/ @TrevorOmbija pic.twitter.com/LWTJsiaX4j

Amollo is known for constructing decent houses for widows and vulnerable families in his constituency. He says he uses his own private finances to improve the quality of life for these women.

And unlike Ruto, the MP doesn’t give youths wheelbarrows but contracts youths who have their own wheelbarrows to build the houses.

The MP also negated Ruto’s claims of a non-contested referendum, arguing that it will be unconstitutional. Ruto has been loud on the need to come to a consensus on some of the recommendations of the BBI report.

“There can be nothing like a non-contested referendum, under the constitution you cannot decree that ‘let no one vote No.’ We’ve had 3 years to give views, you cannot now introduce principles that should’ve been introduced earlier,” Amollo said.

Otiende Amollo, MP, Rarieda: The idea of consensus is overrated…it's not mandatory. Do I think the BBI document has gaps? It is only the Bible where even if you identify a gap, you cannot edit or amend. There’s no human document that doesn't have gaps.#DayBreak / @TrevorOmbija pic.twitter.com/DPF2WRBT1y

According to the lawmaker, the BBI might have some gaps but it still improves the current constitution. However, he said the DP and his supporters are not really interested in improving the BBI report but derailing it. The Ruto camp has opposed the whole process from the handshake.