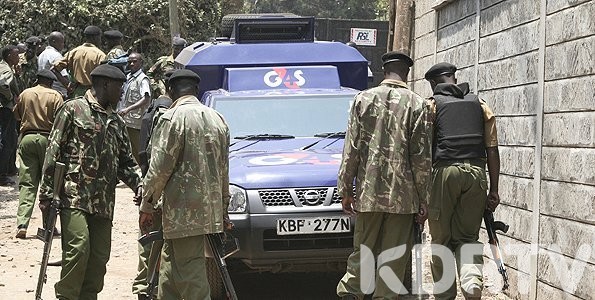 Thieves posing as police officers on Thursday morning made away with Sh72 million.

According to a local daily, the impostor police officers posed as cash-in-transit officers escorting money from G4S headquarters.

The officers are said to have stolen the money from the G4S van and later demanded for passwords to a Standard Chartered ATM in Nairobi West where they withdrew more money.

The fake police officers were armed and had two escort vehicles, one leading and another behind the cash transit vehicle by G4S employees.

Directorate of Criminal Investigations officers in Lang’ata  are probing the issue and have so far questioned G4S Security manager Bernard Apidi.

Subscribe to watch latests videos
In this article:G4S,Standard Chartered