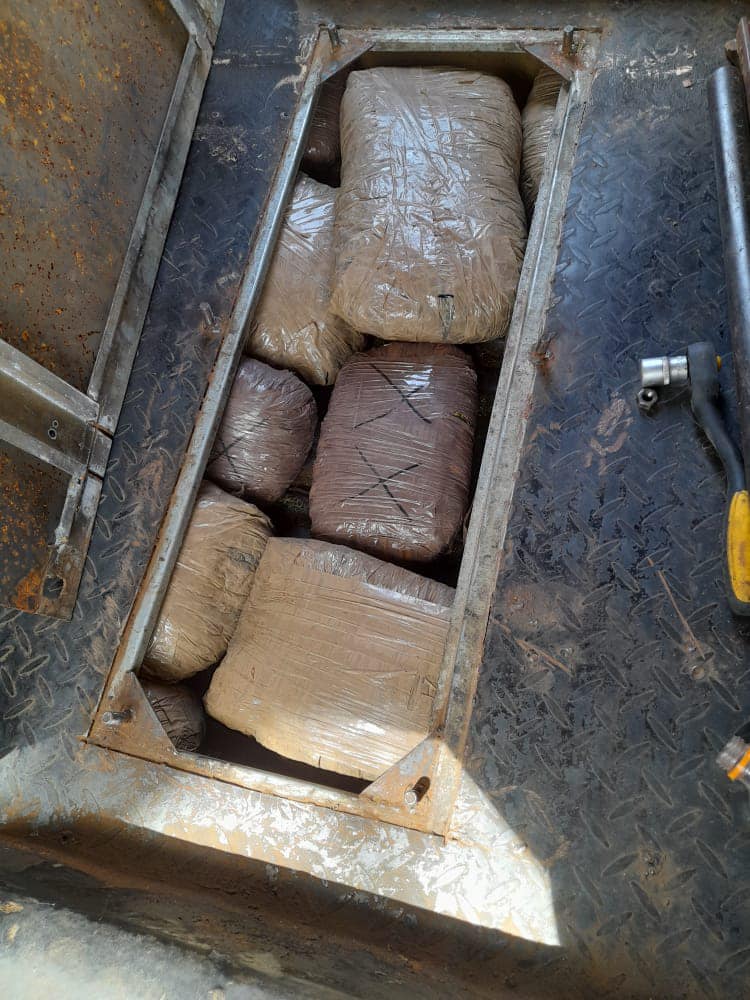 Bhang in a cruiser

Over the weekend, Kenya police officers apprehended five drug traffickers at the Sabache area along the Moyale-Isiolo highway, in Samburu County. The incident happened at midday when the suspects were stopped at a checkpoint.

The suspicious cruiser driver was ordered to stop and alight from the vehicle. Soon after he alighted, the police began searching the vehicle. 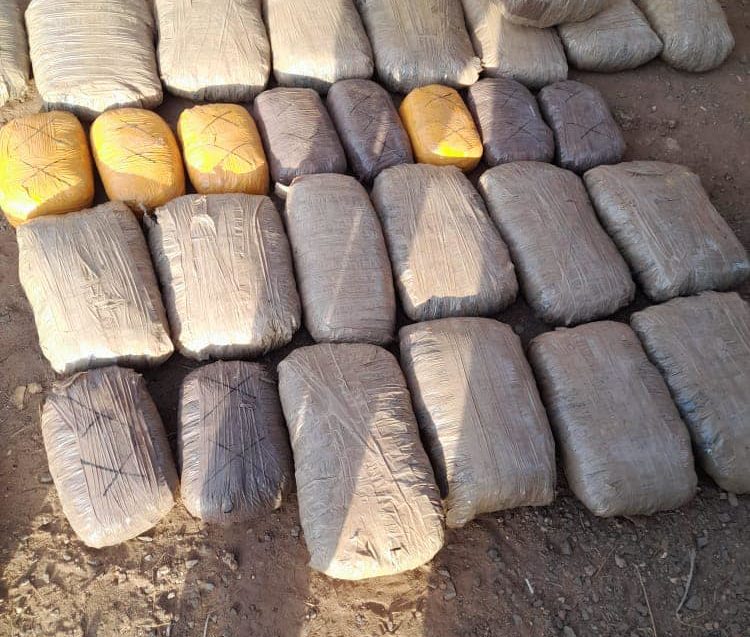 Bhang that the suspects possessed

Subsequently, a detailed check of the vehicle was conducted by a narcotic sniffer dog from the K-9 Eastern command. It was at this moment that the police recovered 41 stones of marijuana locally known as shashamane that was tightly wrapped in a khaki paper and sealed with heavy layers of tape were recovered. It was wrapped in a way one cannot be suspected.

Additionally, the stones that were put in a concealed compartment under the rear seats of the vehicle. The bhang weighed 73.6Kgs, with a street value of Kshs. 2,576,000.

Nonetheless, the preliminary investigations indicate that the traffickers procure the drug from associates in a neighboring country.

Also read Will Wajackoyah Be Arrested For The Bhang Campaigns?

Since the incident happened, the security has been enhanced along the busy highway. Further, it was established that the revenue from the sale of the drugs was being used to fund criminal activities around the area.