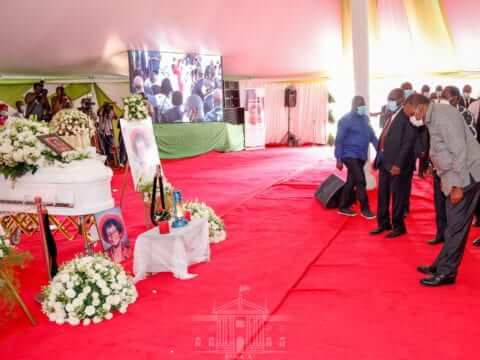 Political Biwigs In Vihiga To Bid Farewell To Mudavadi1s Mother

President Uhuru Kenyatta was among the mourners who attended the burial ceremony of the late Mama Hannah who died on December 28.

KDRTV understands that the burial ceremony is taking place at her home in Mululu in Vihiga county and the ceremony is headed by Rev. Aggrey Mukilima and Rev. Abel Onzere of Friends church