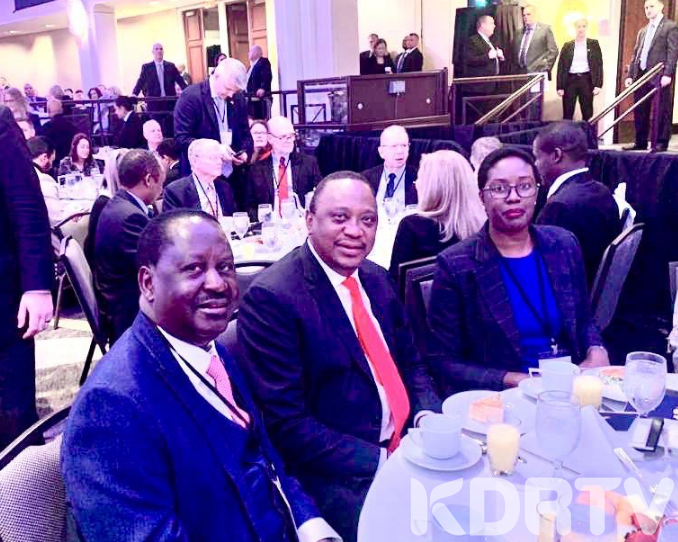 (KDRTV)-President Uhuru Kenyatta has affirmed that the Building Bridges Initiative (BBI) will strengthen the economy of the country.

The president and former premier Raila Odinga had attended luncheon in the United States, marked to the US National Breakfast in Washington DC on Wednesday.

The president revisited the impacts the post-election violence has had in the history of Kenya.

According to tot the head of the state, the post-election violence had had great negative impacts in the country`s economy and thus reiterated that the BBI will solve the problems that had been experienced in the past

The president also disclosed that divisive politics and ethnic lines have negatively impacted the country’s development noting that: “once the election comes, everything stops…a business stops one year before an election and restarts one year after an election”.

“It is impossible to bring prosperity and longterm economic stability that’s required for a nation to develop and grow without stable peace.

“Everybody used to plan their businesses around the election cycle,” said the president to the international audience.

President Uhuru also said that after reflecting back in the political history of the country, in his viewpoint, the truce between him and his initially political enemy Raila Odinga is meant to put the country together.

“We sat in a room and it took almost six hours for us to even begin talking anything…it was, what you call, excruciating silence because nobody wanted to be the first to say anything,” President Kenyatta said.

Mr. Uhuru also noted that democracy cannot thrive in an environment where there is political cruelty.