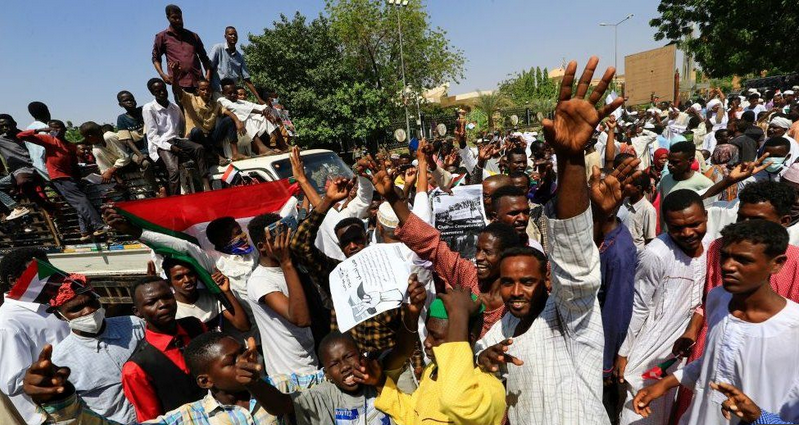 Sudanese protestors on the streets calling for military coup

KDRTV NEWS: Opponents of Sudan’s transition to democracy protested in the streets of Khartoum on Saturday, requesting the military to conduct a coup.

KDRTV established that several protests assembled out of the presidential palace as the country’s political crisis deepens.

The transitional government of Sudan has been led by a power-sharing system between civilians and the military.

The system of the government has been in existence since former President Omar a-Bashir was ousted out of power.

Throughout the period, the military leaders have been demanding reforms to the Forces of Freedom and Change (FFC) coalition, which is the civilian alliance that led the anti-Bashir protests and played a critical role in the transitional government.

The armed forces have been compelling for the reshuffling of the cabinet.

However, the civilian leaders have been saying that that is a plot by the military leaders to grab power from the armed forces.

On study, military supporters urged them to conduct a coup; they asked the head armed forces and the military leaders to carry a coup.

“We need a military government, the current government has failed to bring us justice and equality,” one protester told AFP.

However, something unique was observed during the recent protests.

Unlike the previous protests, the protestors were allowed to reach the gates of the presidential palace, and there was little police presence.