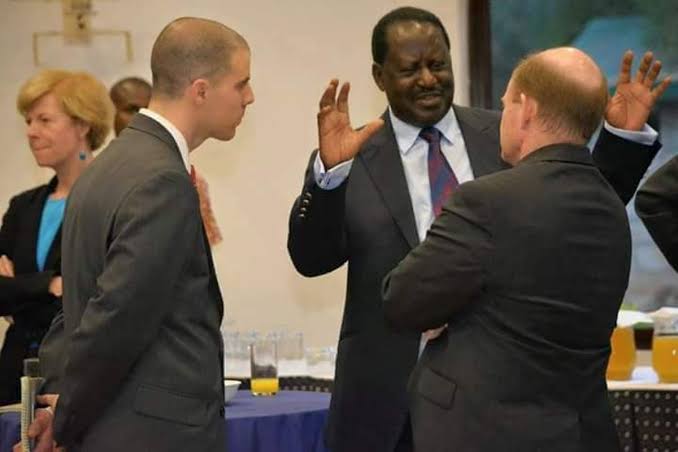 Raila is currently in Washington DC. However, he will be travelling back to the country on Wednesday, April 27, ahead of the late President Mwai Kibaki’s state funeral service scheduled for Friday. 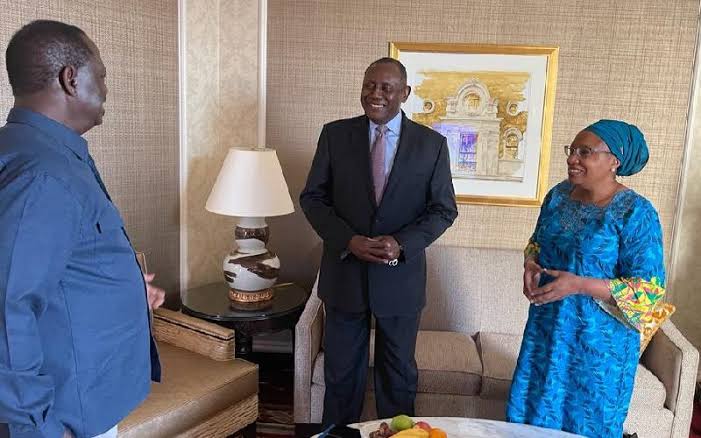 Raila Odinga in US

Raila had previously visited the US in February 2020.

“I’m very delighted to be back again in Washington DC. The last time I was here was in 2020 during the Power Breakfast alongside President Uhuru Kenyatta. At the time former President Moi had passed away.”

“Uhuru rushed back to the country leaving me here. I travelled to Addis Ababa before going back to Kenya. Then shortly after the pandemic hit.”

“At times, it has not been possible to come back till now. As fate would have it, as I planned to come back, the third president, Mwai Kibaki passed away. So I will be forced to cut short my trip in order to bury the former President,” he said.

Azimio flag bearer Raila Odinga will join other political leaders in paying their last respects to the former Head of State on Friday.

Kibaki will be buried at his home in Othaya on Saturday, April 30. Most Kenyan leaders are expected to attend the burial of the late president Mwai Kibaki.

Subscribe to watch latests videos
In this article:Azimio, Kdrtv news, Raila, US Tour