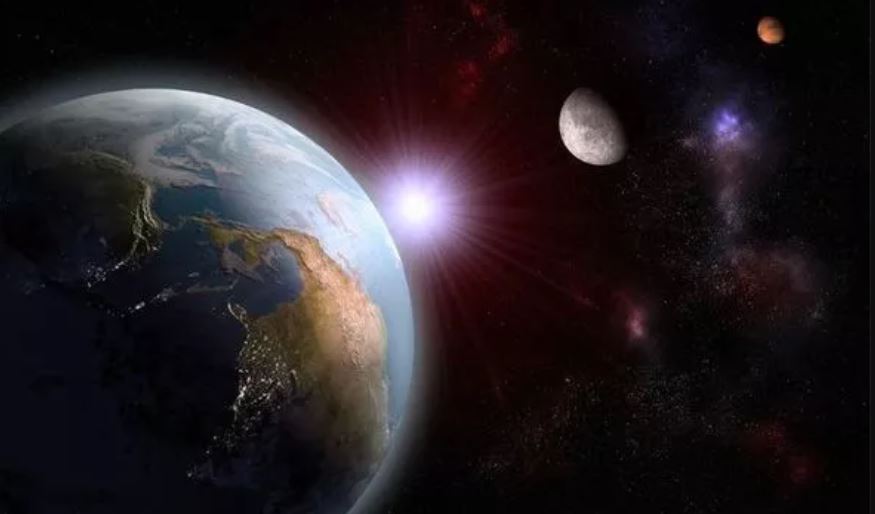 (KDRTV) – In the month of October, planet Mars and Earth have been traveling alongside each other around the sun. But now Earth is speeding away from the red planet. Earth has a much smaller orbit than Mars. Planet Earth’s one complete orbit takes 365 days while that of Mars takes 687 days.

Because of what has been happening in the solar system this month of October, Mars has been visible with the naked eye but it happened more spectacularly yesterday. A photo taken from Lilongwe in Malawi showed how the planet was visible clearly next to the moon.

Some people claim that the planet was visible a week ago during the day in Nairobi. Many thought it was a Google balloon and so they did not bother taking photos. Meanwhile, check out the photo below; 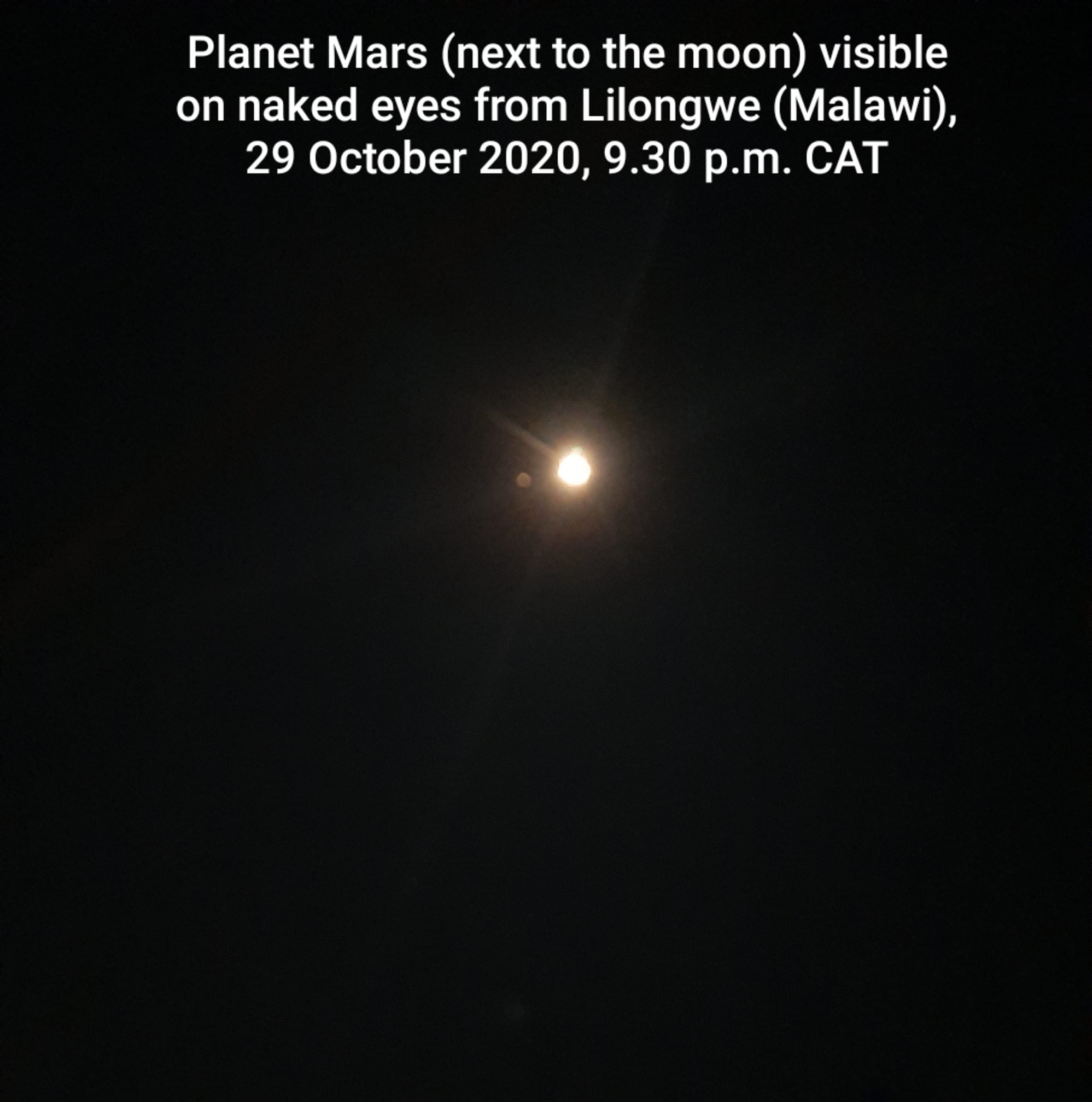 Mars is referred to as the ‘Red Planet’ because it appears as if it is a dusty red in color.

Scientists say that Mars will continue to be very visible in the sky for the rest of 2020. However, towards the final two months of this year, it will get gradually less visible as Earth leaves it in its wake.

Another interesting fact is that Mars reached its closest point to Earth on October 6. It then reached Opposition on October 15. Opposition is the point at which the Sun, Earth, and Mars perfectly align.

So the next time Mars will come as close to Earth will be in the year 2035, but it will still be visible every 26 months on average.