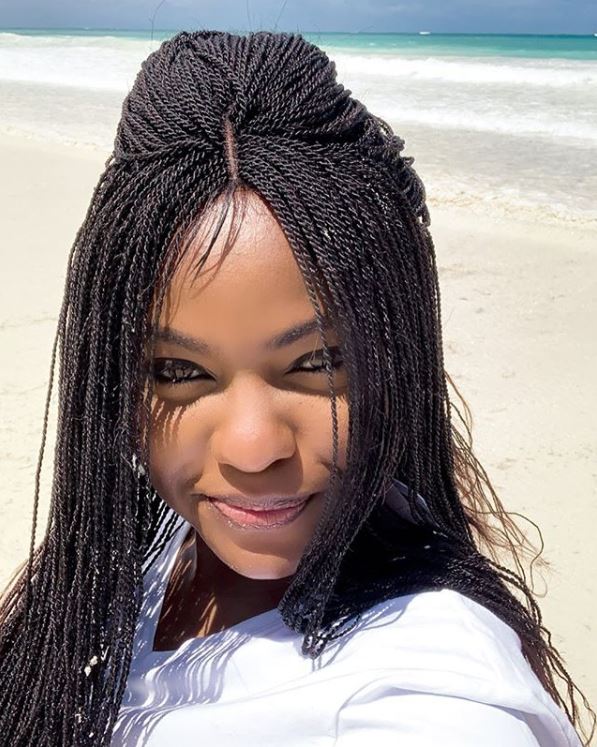 (KDRTV) – Anne Kiguta is an all-round journalist who does many things from reading news, hosting political shows to doing news reporting. The beautiful media personality is currently plying her trade with K24 but she has worked with KTN and Citizen TV before.

As of now, she has three children. She recently revealed how she has faced many life challenges, especially on matters to do with relationships.

The 35-year-old emotionally revealed that the father of her first child started battering her on the day before she made her debut on KTN. KTN is the TV where she launched her television career.

At that time, she was in love and they shared a three-year-old child. She had been beaten so badly that she had marks on her face just hours before she was supposed to appear on a KTN news set for the first time.

“I would not let violence win and that is why I did not fail to show up,” Anne said. However, she had to seek the services of a health facility before the news began. After that, she left a report at the police station for due diligence.

“The only person I confided in at the time was Beatrice Marshall. But others did not have any idea of what was going on and I think I was exceptional,” she added.

She tried to persevere just because of the baby but the dude never changed. He used to beat her senseless.

“Eventually I decided that enough was enough. For the sake of me and the baby, I had to move on. Many women stick to abusive men because of overdependence on their money. As for me, I was financially sound by the time I moved out.”

After moving on, the sassy news anchor stayed single for some time until she met the father of her twins.