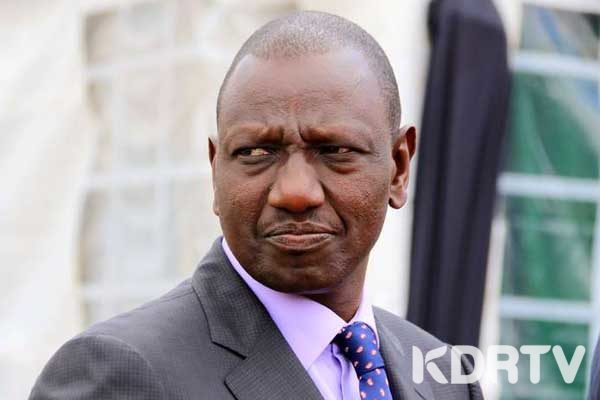 The revelation by  President Uhuru Kenyatta that he will not endorse his deputy William Ruto ha sent shivers down the spine of the DP forcing him to convene an emergency meet last nigh at his Karen residence.

Reports have emerged of a shaken Ruto calling all MPs and Senators from his backyard to the impromptu meeting in what is seen as a strategy to plot the next move. Those in Ruto’s camp have been pushing President Uhuru Kenyatta to publicly endorse his deputy for 2022.

They claim their main reason for the overwhelming support they accorded Ruto was because they expected him to return the favor in 2022.

READ ALSO: Raila throw Jabs at Ruto in Nakuru in Presence of President Uhuru Kenyatta(Opens in a new browser tab)

President Uhuru, who was speaking in Kiambu during the commissioning of Bidco Industrial Park said he does not know who will be the next President. Uhuru, in presence of DP Ruto explained he does not have the powers to make anyone President of Kenya, but God.

”Only God knows who will be the president. Not even me. I cannot tell who is going to be the next president of Kenya,” he said.

There are claims from different corners that the President’s statement yesterday was provoked by MP Sudi’s attacks. The Kapseret MP took a swipe at President Uhuru Kenyatta on Wednesday evening calling him the most useless President in Kenya’s history. Sudi’s attacks were as a result of the sacking of Treasury CS Henry Rotich who has been charged of fraud and corruption at The Treasury, regarding the multi billion Aror and Kimwarer dam project.

”The president has failed. He is the worst performing president in history. Im telling him if he cannot serve Kenyans diligently let him resign,” Sudi said.

Insiders believe, the constant attack as well as disrespect from DP Ruto’s camp to the president is what provoked Uhuru Kenyatta to say he will not endorse anyone for presidency.

Subscribe to watch latests videos
In this article:Headlines, William Ruto