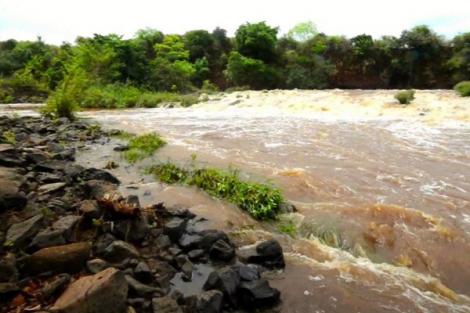 Residents of Kiunyu area in Murang’a County are currently living in fear following the increased number of bodies being retrieved from River Mathioya which runs through the area.

Every week there’s a body being retrieved from the river something that has left many in fear because they don’t know where the bodies are coming from or what is behind the killings.

10 bodies have been retrieved from River Mathioya, River Thika, and River Mukangai in a span of six months. Five of the bodies were discovered in the two areas in the past two weeks alone.

According to the residents, poor lighting and a huge thicket might be some of the factors facilitating the dumping of bodies into the river.

“This place is not safe to pass past 11pm. Even if your car broke down you’re better off leaving it here,” the villager added.

One of the missing four from Kitengela,Elijah Obuong, 35, was found in the river stashed in a sack.

Muranga ‘rivers of the dead’:

Five bodies discovered in the two areas in the past two weeks. Residents in the areas say they have been living in fear pic.twitter.com/yZKdMiHnSM