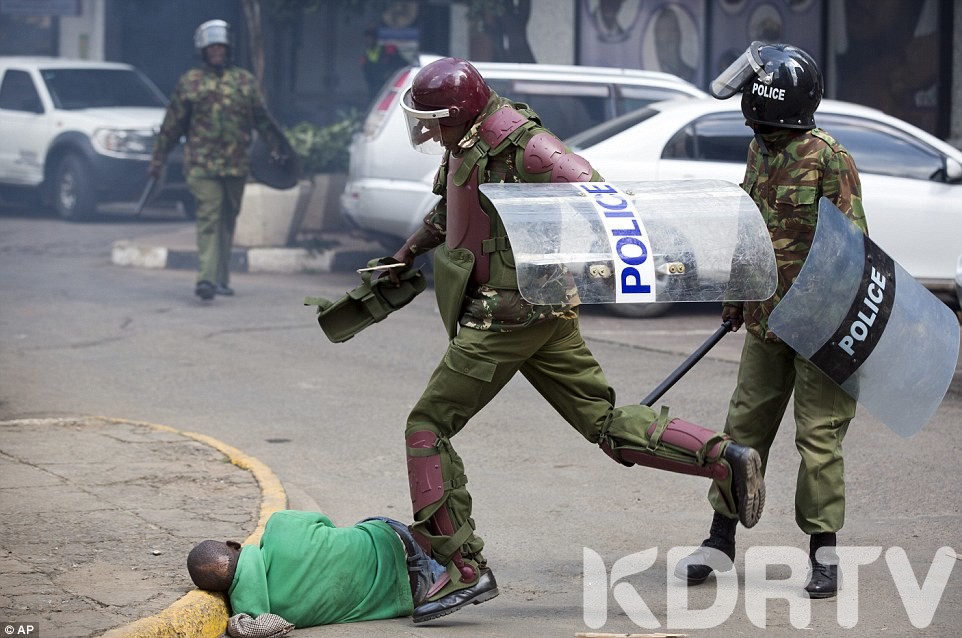 5 Police officers are in cells and will appear in court tomorrow to face a criminal charge for assaulting former Gem Member of Parliament, Mr.Jakoyo Midiwo.

Midiwo claims that the Officers forced their way into his compound at around 2:00 A.M in the morning at Milimani estate in Kisumu and started harassing and beating his driver.

When the Watchmen alerted the former legislator, who came out to see the commotion, the officers pounced on him and fled the scene.

Mr.Midiwo decided to report the incident at Central police station in Kisumu and on his way to the station the same officers waylaid him and bundled him into the boot of a Probox car and drove off.

Later they forced him into the cells as he resisted wrestling one of them to the ground but was overpowered.

Mr. Midiwo was release after the Kisumu OCS intervened. The County Commander Mr.Lolmodon confirmed the arrests of the four police officers who will be arraigned in court tomorrow.

One police officer who recognized Mr.Midiwo and tried to calm the situation told him that the officers were drunk.

Kisumu has seen a spate of robberies where rogue Police officers have been accused of stealing from residents.

The Officers have been colluding with criminals to terrorize residents and recently some of them were arrested after they were caught stealing utensils and mattresses.