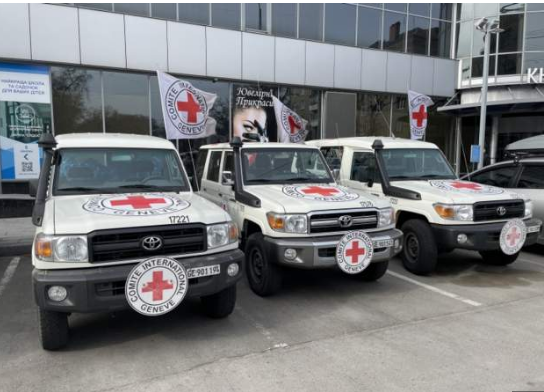 KDRTV NEWS: Red Cross forced to postpone the evacuation of civilians in the besieged city of Mariupol

“Arrangements and conditions made it impossible to proceed,” said the International Committee of the Red Cross

Reports indicate that tens of thousands of Ukrainian civilians are trapped in the city.

The organization blamed Russia for not having ceasing hostilities and allowing for humanitarian aid for the people living in Mariupol.

Red Cross had planned to deliver two trucks of medical supplies to Mariupol, but it was clear that it was not going to allow that to happen

However, the Red Cross has managed to provide humanitarian assistance to other besieged areas such as Sumy region.

The Ukrainian Red Cross delivered the third humanitarian cargo to Okhtyrka, Sumy region, #Ukraine.
A total of 20 tons of humanitarian aid have already been transferred: food, hygiene items, medicines.
Aid was also delivered to the village of Chernechchyna in the Sumy region. pic.twitter.com/4RrypJ4uaY

This has come a time that the Russian authorities are blaming Ukrainian helicopters for attacking their oil depot.

However, the Ukrainian government said it could not immediately confirm the alleged attack on the oil depot..