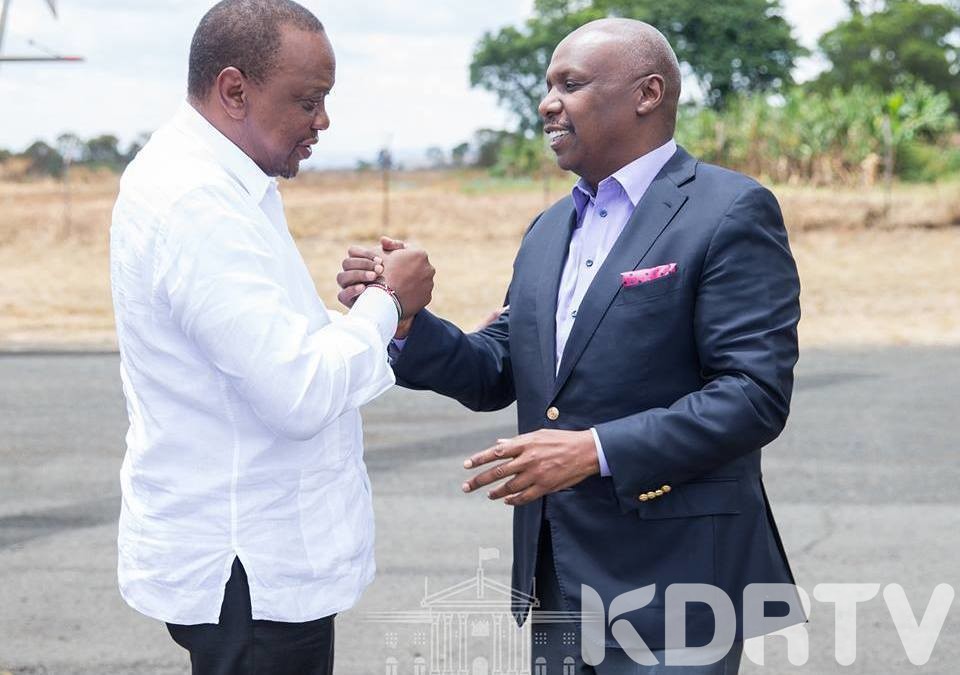 (KDRTV) – Fresh details have emerged on the intrigues that led to the post-election deal between KANU and Jubilee.

Gideon, son and heir to former President Daniel Moi, now has an upper hand over Ruto in the race for the Kalenjin Kingpin.

Both Ruto and Gideon Moi are plotting to succeed Uhuru as President. Whereas Ruto is a self-made King who claims to have washed his hands to dine with Kings, Gideon on the other hand is a Prince who believes the Kingdom is his birthrite.

Uhuru has now chosen to side with the Prince over the hustler as 2022 succession battle takes centre stage.

However, the move to work with Gideon Moi did not only sabotage Ruto but also ODM leader Raila Odinga.

Raila has been the president’s go-to guy since the March 2018 handshake.

Last week, there were talks that the two leaders were planning to form a unity government after the Coronavirus pandemic.

KDRTV understands that the talks collapsed after Raila demanded to have a substantial influence in government.

They were putting him under pressure to come to the negotiation table.

The honeymoon between Conman Raila Odinga and Despot Uhuru Kenyatta resembles the tragic one Willis Raburu had with Prude at the Coast: ugly, miserable and destined to end in fat tears. Meanwhile, I urge Kenyans to support the families Uhuru has rendered homeless in Kariobangi.

It is these pressure and direct attacks tjay pushed Uhuru to make a unity packed with Gideon. Uhuru gave ODM the middle finger.

The pact with Gideon means that Uhuru has killed both Ruto and Raila with one stone.