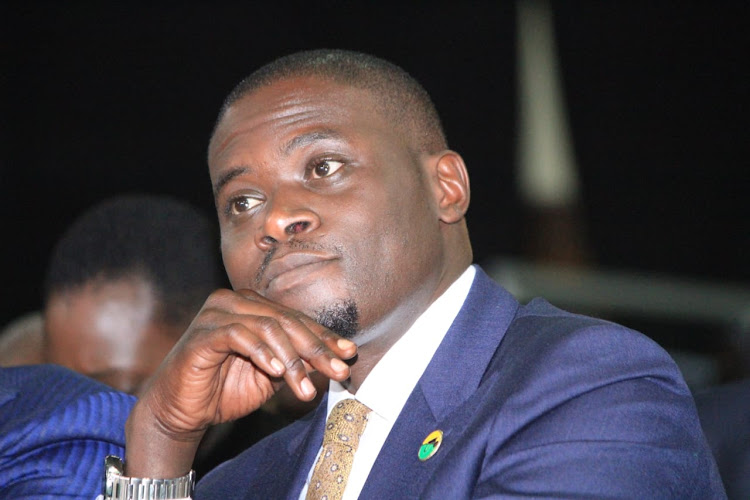 Nairobi senator Johnson Sakaja is now a free man after The high court has dismissed a case surrounding the validity of his degree.

However, in a ruling on Tuesday, the court said that IEBC had no error in clearing Sakaja to vie for the gubernatorial seat. The court cited that Sakaja’s case had no basic proof.

Besides, there was no enough evidence to shift the evidential burden from the petitioner to Sakaja, with the court noting that it is the responsibility of the parties to prove allegations they bring before the court. Consequently, the petitioner Dennis Wahome wanted the Court to temporarily bar IEBC from clearing Sakaja over his education credentials. Wahome initially filed the petition with the IEBC Dispute Resolution Committee but the tribunal dismissed it saying it didn’t have the mandate to determine the validity of Sakaja’s degree.

Wahome said that Sakaja did not have authentic academic credentials from the University of Nairobi or Teams University in Uganda and was dissatisfied with the decision of the IEBC to clear Sakaja on the 7th of June 2022.

Subsequently, Justice Murima later said that the introduction of new evidence would have changed the nature of the complaint and wouldn’t have been relinquished within the statutory time which is 10 days from when the complaint is filed