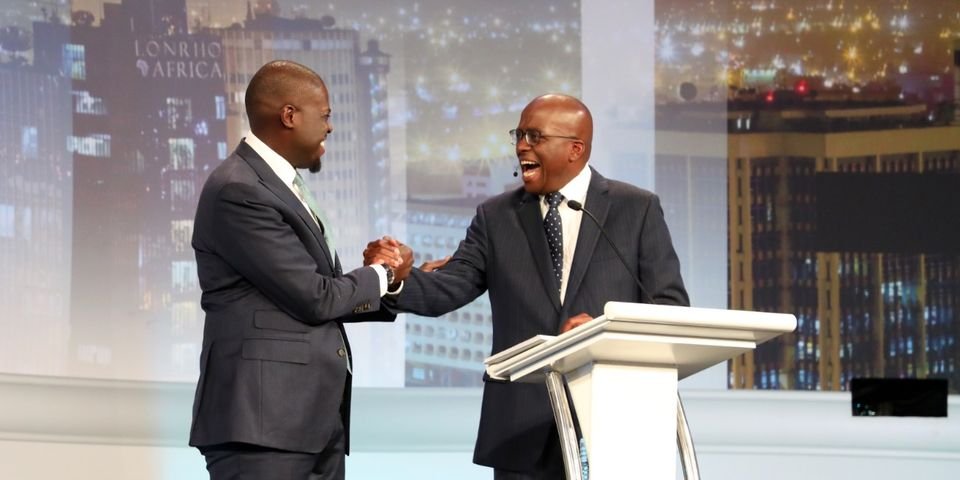 Top Nairobi gubernatorial aspirants Johnson Sakaja of UDA and Polycarp Igathe of Jubilee party were on Monday July 11 evening engaged in a debate as they both tried to sell their agenda.

Senator Sakaja impressed many with his thoughtful responses to the problems facing Nairobians and what the solutions are despite arriving at the debate late.

Despite the accusations of having a fake degree, random social media polls indicate Sakaja significantly outperformed Polycarp Igathe in the debate which was held at Catholic University.

For instance, Leon Lidigu conducted a random Twitter poll titled “In whose hands is Nairobi safe?” Where Sakaja got 69% of the votes while Igathe had 31%.

In another poll done by journalist-turned-lawyer David Makali, Sakaja received 75% of the votes while Polycarp Igathe received 25%.

Igathe didn’t get much praise from the Azimio la Umoja-One Kenya coalition team, but politicians and supporters of the Kenya Kwanza Alliance gave Sakaja a lot of praise.

“Swear in Johnson Sakaja as Governor of Nairobi. Very coherent, sharp in mind, and Brilliant… Nairobi can trust Johnson Sakaja to be governor than Polycarp Igathe who is the Deep State candidate,” a Twitter user said.

“Brilliant. Well done @SakajaJohnson. It’s over. Go and do good to Nairobians.” Senator Kipchumba Murkomen wrote on his Twitter page.

“It was so obvious; Igathe was just mumbling and eating words… Sakaja is very knowledgeable and knows Nairobi and all the details. The guy was composed. I think Igathe thought he had tossed him off balance by chiding him with a degree,” another user said.

A number of Azimio supporters think Azimio blundered when they dropped Tim Wanyonyi and allowed Igathe to run.

“Tim Wanyonyi should have been there talking about his track record. I still feel Nairobi lost a chance to have Tim as its governor. That’s what Negotiated democracy gets you.” A twitter user wrote.

Also Read: Sakaja Reveals Amount of Money He Has Been Offered to Drop the Nairobi Gubernatorial bid