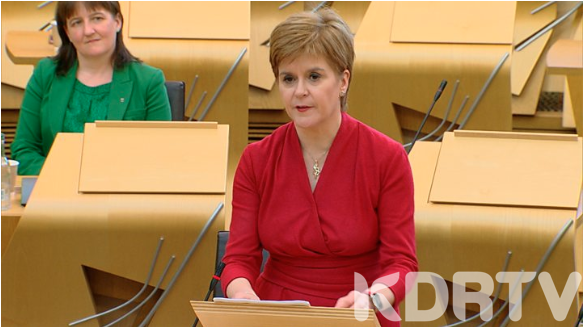 Scotland to reopen schools in August

(KDRTV)-Scotland has announced that its schools will fully resume from August 11, 2020, country`s first minister gave a green-light

According to guidelines tendered to councils, “I urge all men to avoid smoking and alcohol and engage in physical activities,” he stated.

Nicola Sturgeon announced that she is expecting to have children in school for full-time studies by 18th August.

According to her, Scotland could remain in “phase three” of the government`s route map out of lockdown for some period

“Moral and educational imperative that we get children back to school as soon as is safely possible,” said the minister.

Scotland could be the first country to fully reopen schools after some countries like Tanzania partially resumed studies.

Kenya, for instance, had announced that Universities and colleges could reopen in September, however, the decision was altered after the Education CS Prof. Magoha announced that given the current surge in coronavirus infections, the country could not afford to reopen schools until January 2021.

Given stringent coronavirus containment measures, many countries have ensured that their schools are closed to protect the lives of pupils and students.