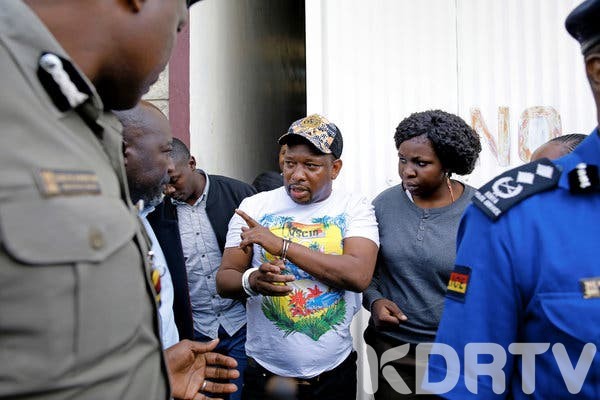 Embattled Nairobi Governor Mike Sonko has failed to show up at the Voi law courts where he is facing three assault charges because he is too sick.

Sonko had been ordered to show up personally at the court on Wednesday. But his team of lawyers told the magistrate that the governor is sick and in recupperating at home following doctors orders.

Senior Resident Magistrate Frederick Mayaka Nyakundi has postponed the case to January 21 next year. He also asked that the governor should present himself to the Directorate of Criminal Investigations (DCI) offices in Voi before appearing in court.

In a charge sheet, seen by KDRTV, Sonko is facing three counts of assault.

In the first charge, Sonko is accused of assaulting Yakubu by kicking him on the thigh. This is interpreted as preventing a police officer from executing his duties.

Read Also: Mike Sonko: I Have HIV, Chronic TB and My Chances of Survival Are Very Minimal

Sonko is also accused of resisting arrest during the drama that unfolded at Ikanga Airstrip.  ‘hewillfully resisted arrest by Yakubu …by violently refusing to be handcuffed and to board a police chopper in the due execution of his duties.’ reads part of the charge sheet.

The embattled governor, who is facing 19 counts of corruption and abuse of office charges in Nairobi, is also accused of using abusive language on the police officer.

The prosecution has lined up 6 witnesses in the case.