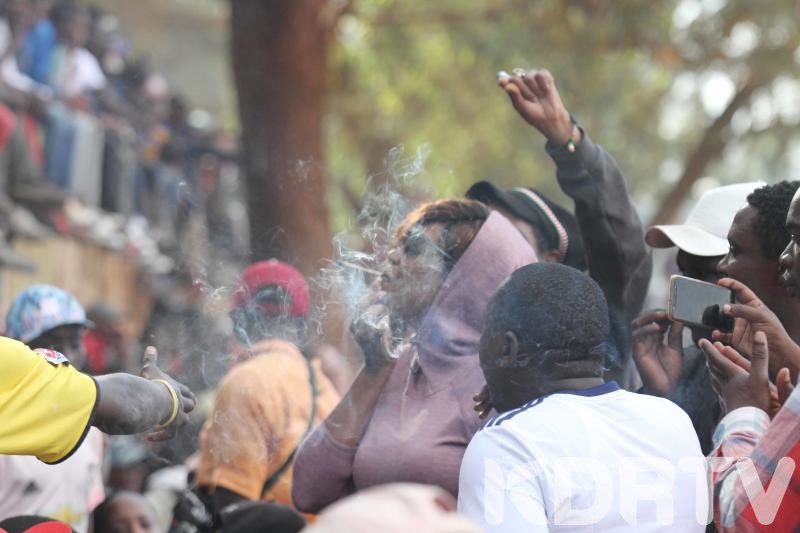 We didn’t even know that Nairobi had an Agriculture docket, but it is a position that has been there for some time and was actually held by a certain Winnie Gathangua, who has been fired.

Does Nairobi really need an Agriculture Minister? What would she be doing? There are rumours that most of the vegetables we consume are cultivated along dingy sewer lines. We will talk about that in a later story.

Who is Karen Nyamu? Nyamu is an accomplished lawyer who first came to the limelight when she unsuccessfully tried to vie for Nairobi women Rep. She is young and has juicy voluminous behinds. She tried to use her ass to her advantage in the elections.

Actually, she called herself ‘bae wa Nairobi’ during the campaign period. And leaked videos of herself twerking during the election period.

Here is the video of her Twerking:

Blogger Robert Alai warned Karen that Parliament is not a brothel and sharing raunch videos would not get her elected. He was right.

Karen Nyamu should know that Kenyan parliament is not a brothel. She can't be elected anything for sharing such raunchy trash!!! pic.twitter.com/7eoRfNa518

She lost the Jubilee nominations to Rachael Shebesh. To be fair to Shebesh, Nyamu was not even number two. She was a distant third behind Millicent Omanga.

Well, Shebesh disappeared from the limelight immediately after the elections until sometimes in August 2018, when Sonko shortlisted her as one of the candidates to replace Polycarp Igathe as Deputy Governor.

However, Nyamu’s most controversial incident is when she was pictured puffing bhang at a football tournament in Ziwani Grounds in August last year. The Standard newspaper claimed that she was just doing what you would have done when you go to Rome.

Despite efforts by the late Kibra MP Ken Okoth to legalize bhang, it is still illegal. So many youths are rotting in prison for smoking weed or peddling it.

But Sonko is a big fan of weed and has also been one of the frontrunners calling for its legalization. We assume Nyamu will be tasked with cultivating the purest weed for her boss!