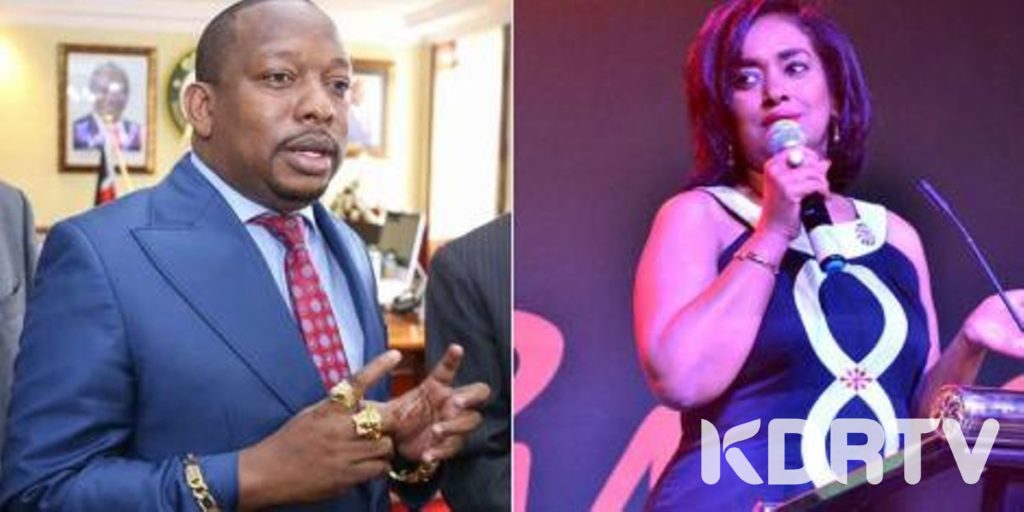 A month after the Madaraka Day public outburst, Sonko has been summoned by the Ethics and Anti-Corruption Commission regarding the alleged unpaid allowances for the trip the Woman Representative took to New York.

The summon details questioning of the utterances made by the governor that were believed to be tarnishing and tainted the image of his colleague, the Woman Representative.

According to the EACC, the governor is expected to issue and record a statement regarding the happenings that took place at Pumwani Grounds during the Madaraka Day Celebrations.

READ ALSO: Why would Sonko be the one to announce that Okoth had a baby with Nairobi’s Jubilee nominated MP

In the ensued war, Passaris made some accusations about the Governor including failure to support her projects and shutting down her progress towards development and delivering services to Kenyans.

The Governor in an attempt to defend himself retaliated and made absurd utterances that ended up attacking the Woman Rep’s personal life.

Passaris left the celebration before it was completed and took the war to social media where everyone had their own entitled opinion.

Days later, the Governor was called for an interview in one of the leading TV stations in the country that saw to the interview cut shot due to indecency of utterances and use of language that was demeaning.

Passaris thereafter promised to sue the governor before they again appeared in public smiling and in a jovial mood.

According to Governor Sonko, he acknowledged the EACC summon and offered to step down in case found guilty of graft ad any other cases surrounding him.

The statement read, “In the event that I have a case before the law, I am willing to step down and let the EACC complete and determine the matter”