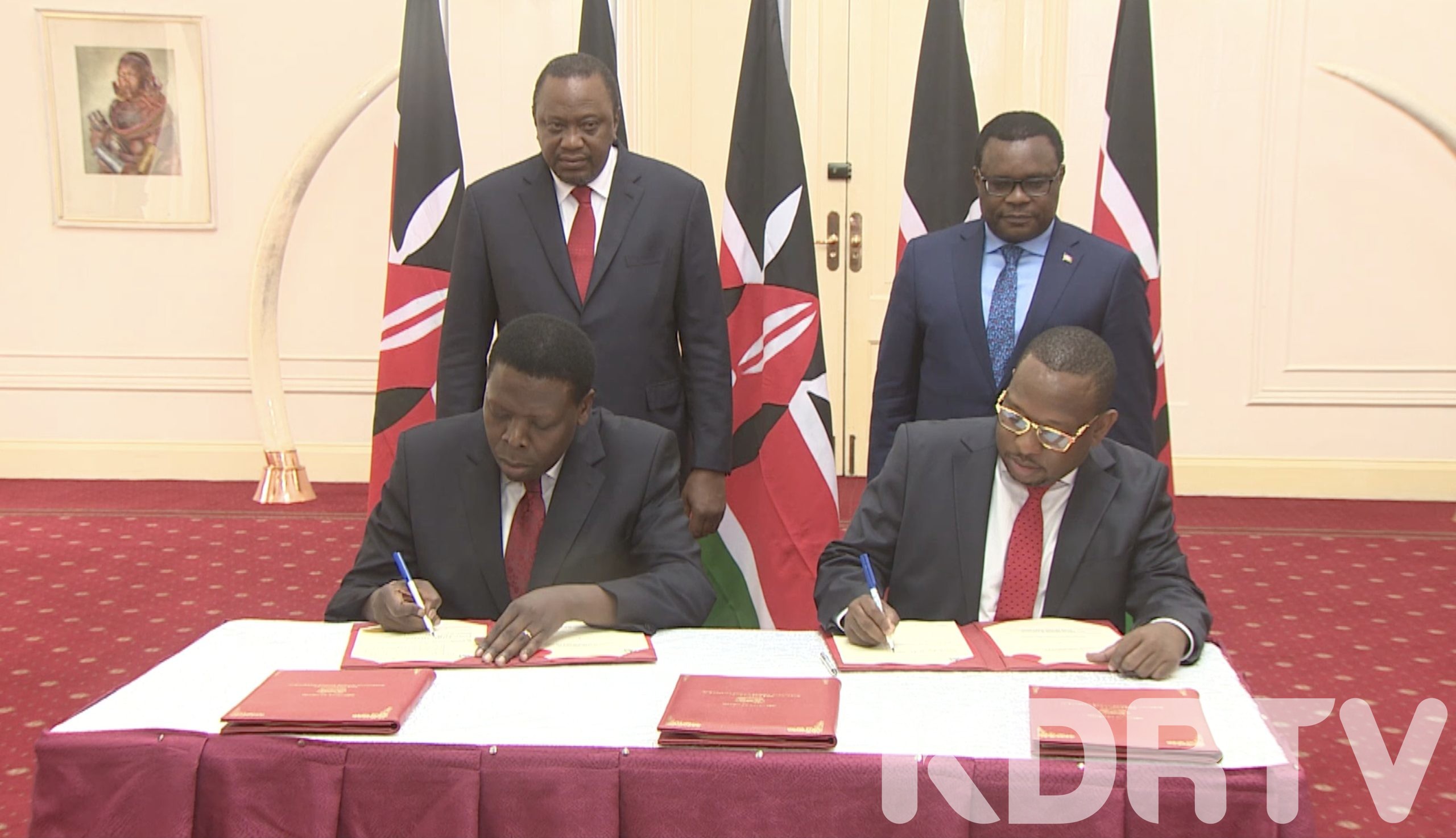 (KDRTV) – Embattled Nairobi Governor Mike Sonko has handed over the running of county affairs to the national government.

Though expected,  the deal caught many political analysts flat footed.

Sonko met President Uhuru Kenyatta at State House on Tuesday,  where he agreed to the controversial deal.

In the new terms,  Nairobi will be under the management of the Devolution Ministry which is manned by Eugene Wamalwa.

Interestingly,  Eugene was among the potential candidates eying the hot seat in the runner up to the 2017 elections.

In the deal signed in the presence of Senate Speaker Ken Lusaka and Attorney General Paul Jihads,  the following county roles will now be under the national government:

It is not clear what Sonko got in the bargain.

The governor has been under a lot of pressure since being barred from office in December.

Sonko attempted to appoint a Deputy Governor last month but this was stopped by the courts.

In December last year,  blogger Robert Alai claimed that Sonko would be the last Governor of Nairobi and that the national government would take charge of the city affairs.

It has come to pass.