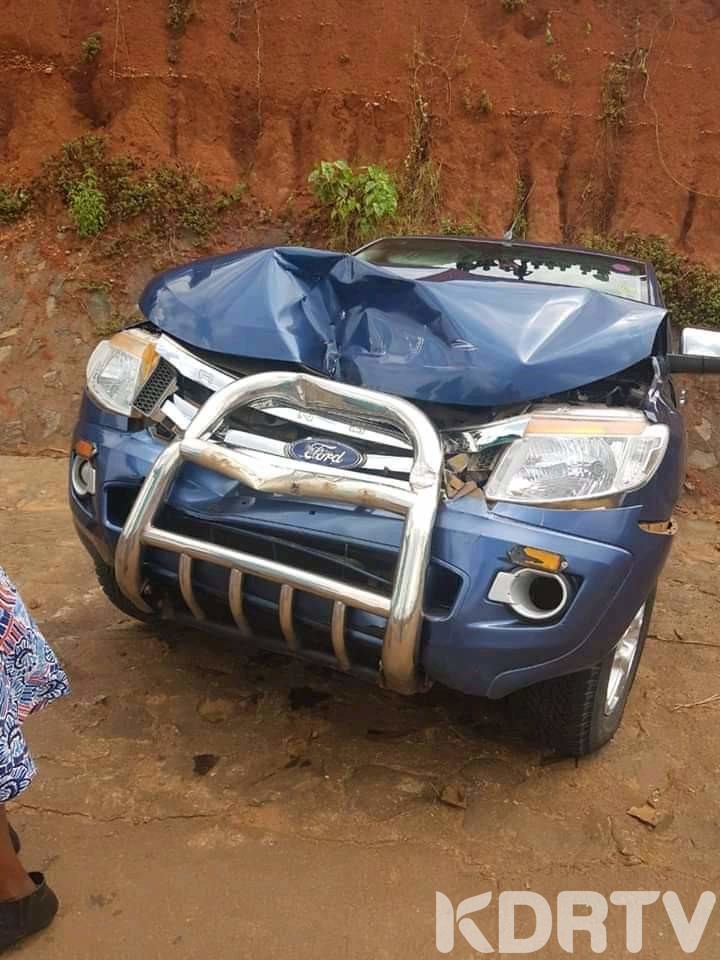 Photos of Nabungolo’s mangled Ford vehicle have been shared widely on social media raising questions on his whereabouts. KDRTV understands that the long-serving school teacher is in a stable condition.

St. Peter's Mumias Boys Principal Mwalimu Cosmas Nabongolo was involved in a road accident along Kitale-Bungoma highway today, he is in stable condition.

Theories on the cause of the accident being peddled around. pic.twitter.com/zxXInB2Xuz

Nabungolo is a big name in Trans Nzoia County thanks to his time at St Anthony Boys High School where he served for close to decades. He transformed the school from a little known underperforming school to an academic giant in the country.

He is also credited with nurturing sports, developing some of the greatest footballers and hockey players in the country.

Prior to 2013, Nabungolo was linked with the Trans Nzoia Governor position. However, he did not vie for the seat. There were also rumours that he would vie in 2017 but he did not.

Currently, he has been touted to be the next Kiminini MP. According to political pundits in the region, current MP Chris Wamalwa will endorse Nabungolo for the seat. Wamalwa has his eyes set on being the next Trans Nzoia Governor.