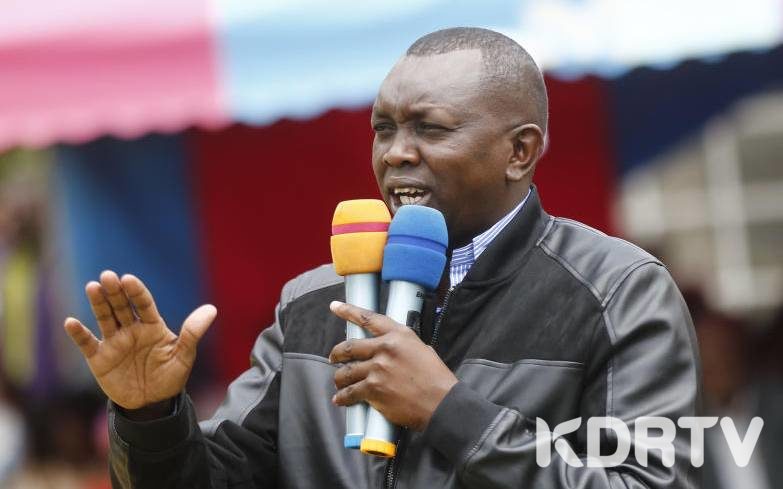 A group of 12 ODM MPs have told Interior CS to take action against MP Oscar Sudi for his constant abusing of the president. The MPs said Oscar Sudi’s intentions should be monitored and his inflammatory remarks could lead the country to bloodshed. The leaders were speaking  at a fund raiser for a church in Migori, also attended by Interior  CS  Fred  Matiangi

“Something is really wrong. What does Sudi really want?  Kenyans need to know his real motives in the frequent attacks against the President.  WE will no longer accept this,” said  Likoni MP Ms  Mbishi  Mboko. She urged Interior CS to closely monitor Sudi and take the appropriate actions against him.

On his part, Kitutu Chache South MP, Richard Onyonka said it was very unusual  for a Member of Parliament to hurl insults at the President, who is a symbol of unity and security in a country.

Saboti MP Caleb Hamisi told CS Matiangi to deal with Sudi forthwith the way he dealt with Opposition demonstrators in 2017 and that he should not fear anyone.

“Even when we were fighting Jubilee at the height of  the 2017 campaigns, we never insulted  the President the way Jubilee  MPs  from the Rift Valley are insulting him. When we were demonstrating in 2017, Dr Matiangi unsealed his men on us. I am sure the tear gas canisters are still in stock because I know you soon need to use them on Sudi and his clique,” said Mr  Hamisi.