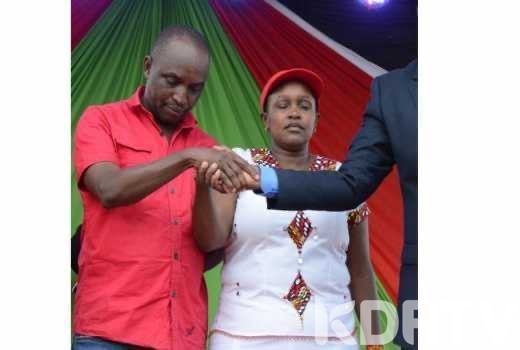 Peter Karanja, suspect in murder of Dutch Billionaire Tob Cohen has been sued by the wife, who is currently Gilgil MP.

The former estranged wife, Martha Wangari has filed a complaint in court barring the ex-lover from seeing their children as well as compelling him to pay Sh270,000 monthly upkeep for their two children.

The couple had filed a divorce before Karanja was arrested as an accomplice in the brutal murder of the dutch billionaire. He is expected to take plea tomorrow, October 11.

“This is meant to avoid prejudice, mental anguish, ridicule and accompanying dangers and stigma on the part of the minors arising from the criminal allegations facing Karanja,” reads Wangari’s petition.

This is in response to a petition earlier filed by Karanja where he wanted to be allowed to see his two children after several futile attempts.

In Ms Wangari’s petition, she cites his criminal record as well as includes media reports that link her former husband  to being a man of many women with bad social media presence.

“The respondent (Karanja) as per media reports has been confirmed to be a man in relationships with many women and a man of bad social standing,” added the petition.

Last month, Karanja was arrested by the DCI linking him to the murder of dutch billionaire Tob Cohen.

The charges against hi detail accomplice in murder with phone records and locations indicating he was present at the time the murder was orchestrated.

Peter Karanja, suspect arrested in connection with murder of Dutch national Tob Cohen to be remanded in custody for 14 more days to allow .@ODPP_KE and @DCI_Kenya complete investigations. #Murder_ODPP#TobCohenMurder

Following the arrest, the estranged wife filed a complain questioning his character adding that it would be detrimental to the kids.

Former Gilgil MP wants the courts to finalize and determine the charges he is facing, before he can be allowed to play an active role in their children’s lives.

However, the lawyer representing Karanja asked for more time to reply to the filed petition, with a date set for November 6 before the case would be determined.