Russians have been attacking Ukrainians without any kind of compunctions. According to the World Health Organization, the number of casualties are on the rise on daily basis.

Subsequently, the WHO has confirmed 72 separate attacks on healthcare facilities in Ukraine causing at least 71 deaths and 37 injuries after reviewing the attacks. 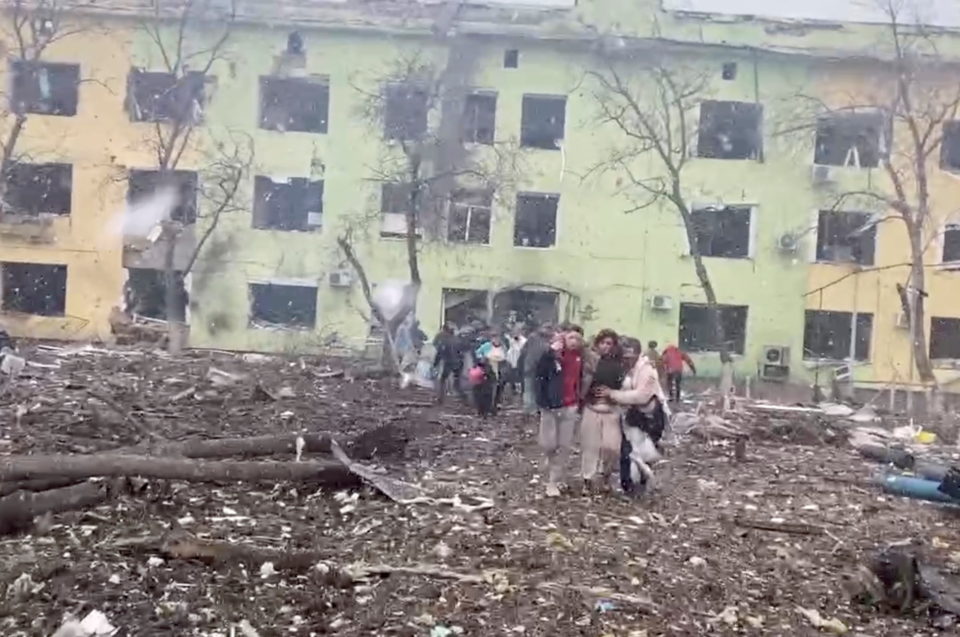 Civilians from the bombed hospital

On the other hand, one of the strategies and tactics used by the Russians is the targeting of healthcare facilities during war.

Recently,  a Russian air strike destroyed a maternity hospital in the beleaguered port of Mariupol. At least 17 people were wounded according to Ukrainian officials.

However, on 8 March, the newly refurbished central hospital in Izyum, south of Kharkiv was hit by Russian shells.

“After the first bombing, the windows of the hospital blew out,” the deputy mayor Volodymyr Matsokin told the BBC.’’ Adding, ‘’That day hospital staff were treating children, pregnant women and three newborn babies as well as soldiers and civilians injured in fierce fighting in the region, according to the Ukrainian authorities. They were sheltering in the basement at the time of the attack and no-one was killed.’’

However, patients were forced to jump out of the rubble for their own safety. However, according to North Atlantic Treaty Organization (NATO) 30,000 to 40,000 Russian soldiers are estimated to have been killed or wounded. On the other hand, a quarter of Ukraine’s population have been displaced so far.

Consequently, Moscow has denied deliberately targeting civilians in the past.