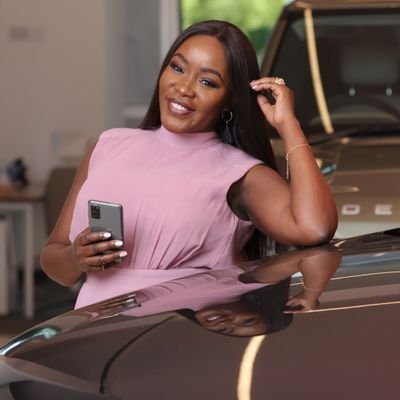 Former Citizen TV Journalist Terryanne Chebet, as a young journalist in student on campus, was mentored by a man who later became a good friend.

The journalist who is now a freelancer was on social media to thank Rashid Ronald for encouraging her to pursue media even when she doubted her ability while still a young girl.

“Today, I’m thankful for everyone who encouraged me along the way, especially Rashid Ronald, who I met as a college student, and was the first person to tell me I could do radio! Just feeling deeply grateful today,” she said.

“Today, as I was doing this voice over for a client, I thought about my first day’s exploring media, and thinking I would never be good enough.

“I was often told I was too ‘small to be an authoritative anchor, but soon, I realised that I enjoyed doing it, and as people began complimenting either my voice or my delivery, I began to gain courage, and began to truly believe in my ability to be the best version of myself in my work.”

Rashid Ronald is an experienced media practitioner who has graced Kenyans’ TV screens over the years. He has worked with local and international media organizations including BBC and K24.

The mother of two, who was fired at Royal Media Services several years ago a thing that left her devastated, revealed that even though she wanted to be on radio, she had never thought she’ll do voiceovers.

“If 15 years ago you told me I’d be doing voice-overs as a service, I’d probably laugh and think you’re just being nice, mostly because I constantly believed my voice wasn’t ‘strong enough, or deep enough,” she said.

Subscribe to watch latests videos
In this article:Chebet, Kenyans in the US, Social media influencers, Terryanne