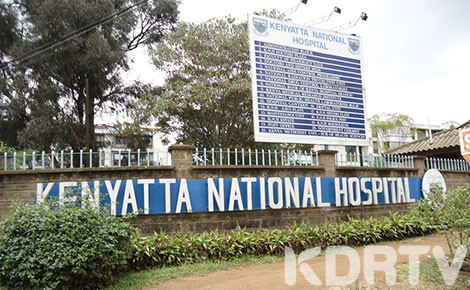 KDRTV – The Kenyatta National Hospital (KNH) is once again on the spot following the controversial death of a 16-year old girl, whose family claims she died from negligence.

Joyce Wayo was rushed to the hospital on Saturday night with breathing complications. Her family said they were referred to the facility by Mathari Mental Hospital, as doctors could not identify what was ailing the teenager.

However, her father Peter Kanyita claims the teenager lay unattended at the facility until she passed on in the wee hours of Sunday morning. He said the girl would be alive if doctors had put her on oxygen as she was having breathing problems.

The Kenyatta National Hospital is once again on the spotlight after a grieving family accused the hospital of negligence.

Peter Kanyita claims he rushed his 16 year old ailing daughter to the hospital last night but she lay unattended until she passed on.#NTVWeekendEdition pic.twitter.com/Ylk0BfHwGU

“When we got to KNH, I told them the child needed oxygen immediately but they had taken the card and we were told to wait for a call. We waited and waited,”  Kanyita told journalists on Sunday.

The father was also infuriated with the fact that the child was taken for a VCT test first instead of first aid.

“They instead insisted that the child be taken for VCT. When I asked why the doctor told me it is the policy that everyone should go through VCT,” Kanyata said.

“The child was not breathing, we begged the doctor who agreed to take the child to room 2. But still, we sat there for too long. I asked the nurses if the child could get help because she was suffering.”

KNH has confirmed that it is aware of the case but denied claims that it was a case of negligence.