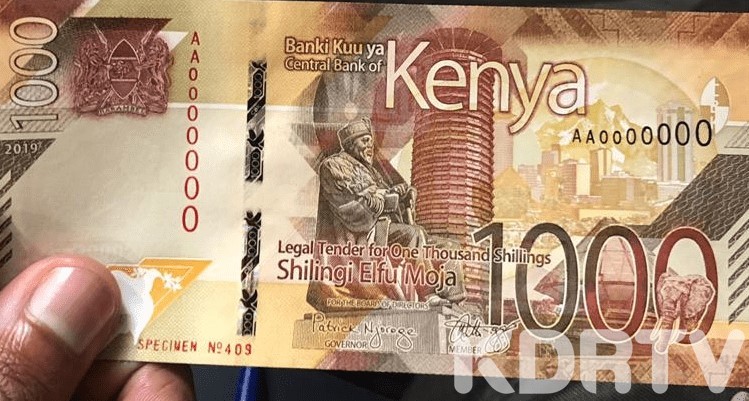 A Kenyan and two foreigners have been arrested in Machakos County for having been in possession of fake new Ksh.1000 notes in Kenyan currency.

The three of Kenyan, Nigerian and Congolese Nationalities were arrested after various complaints had been lodged to the police within the area.

Among their possessions were chemicals used to make the fake notes, which were recovered by the police.

Ideally, according to the police complaints had been submitted about circulated fake currencies within the region, prompting them to take action.

“We have received several complaints from business premises about fake currencies being circulated. We started investigations and got more suspicious after the reports identified the three men, hence ousted them,” said Machakos County Police Boss, Farah Maalim.

The suspects are still in custody, although the police pledged to crack down on more people who were engaged in the illegal business.

The Central Bank of Kenya (CBK) had issued an ultimatum of until end of September for the Ksh. 1000 notes to be exchanged.

The old notes will be rendered valueless and useless after 31, September,  and wiith the deadline fast approaching, majority, most Kenyans involved in illegal trades and money laundering are in panic mode, with nowhere to take their bundles of cash.

The new currency was introduced with a bang and out of the blues, in a bid to allow flow of money in the country as well as deal with illegal money laundering techniques.

READ ALSO: Heavy Blow for Betting Firms as CBK Joins in on War.

Fraudsters did not waste any time as immediately the currencies were released, fake versions of them were already in the market.

The law of Kenya does not allow counterfeit circulation of Kenyan currencies as it is considered a legal tender.

Any person involved in the act of duplicating or supplying is thus liable for punishment in accordance with the constitution.

With the fate of the three still unknown, the County Police Boss issued a warning to people engaged in the same adding that their days were numbered.