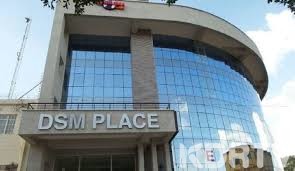 A top Kenyan journalist on Monday, April 13, 2020 survived an abduction attempt after he was rescued by the police and members of the public.

Mr Evans Nyakundi, who is the People Daily Correspondent based in Nyamira County narrowly escaped the wrath of the tens of people who were armed.

People Daily is a free newspaper that is issued on daily basis and published by Media Max which also owns K24.

Speaking to KDRTV, Mr Nyakundi said that he has been receiving threats from people known to him because of his journalistic work.

“I have been threatened severally by people and they ask me to go slow. This is the second time they were trying to kidnap me in a span of one month,” he said. 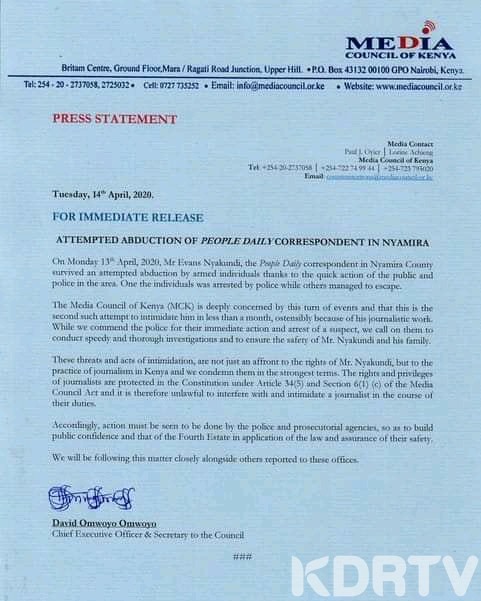 A statement by the Media Council of Kenya (MCK) recommended the police for doing a good job by saving Mr Nyakundi but asked the police to speedy up investigations and arrest the people behind the abduction attempt.

The statement that was signed by Mr David Omwoyo further asked the police to ensure that the family of Mr Nyakundi is also safe.

“The threats and acts of intimidation, are not just an affront to the rights of Mr Nyakundi, but to the practice of journalism in Kenya and we condemn them at the strongest terms,” the statement read in part.

Mr Omwoyo further stated that the council will keenly follow the matter to the end.

It remains who is behind the abductions targeting Mr Nyakundi who has been exposing graft in Nyamira County Government whose boss is Governor John Nyagarama.