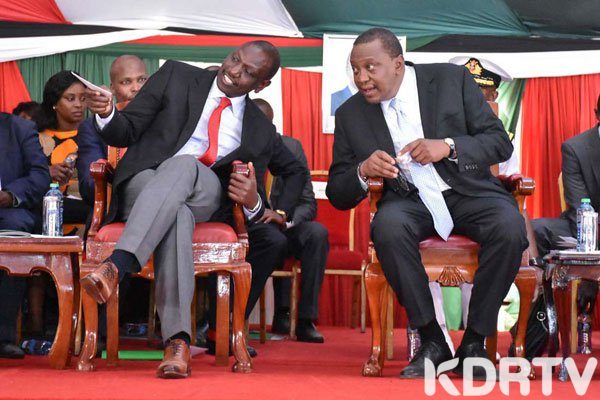 According to the State House spokeswoman Kanze Dena, the President was focused on the development agenda and not politics at the moment.

“The question of Jubilee meeting is political. And like my boss has said before, we are not going to delve into political issues,” said Ms. Dena during a bi-weekly press briefing at the State House

On the other end, Ms. Dena`s response sparked a mixed reaction from a section of DP Ruto`s allies with some disdaining her.

Senators Aaron Cheruiyot (Kericho) and Samson Cherargei (Nandi), indicated that they would be patient as they wait for the President to speak for himself.

“We are waiting for a word from President Kenyatta himself. There are things that can only be addressed at his level,” said Cheruiyot.

Cheragei argued that the decision could only be made by the party leader, deputy party leader and the parliament leadership since the matter requires an executive direction

A section of Jubilee members has hinted out that time is running so fast and the party needs to address the challenges that are likely to tear it apart.

On Sunday, DP Ruto reinforced that call for the party members to schedule a meeting adding that this could help solve the problems facing the ruling party.

According to the DP, such a meeting would afford the party opportunity to rejuvenate its primary function of uniting and transforming Kenya, delivery on the pledges and escalating its position.

He also added the anticipated meeting would remind the leaders of the essence of working together for the development of the country.

DP Ruto`s allies have accused the party`s general secretary Raphael Tuju of working with DP`s perceived enemies and thus compelled for his dismissal from the position.