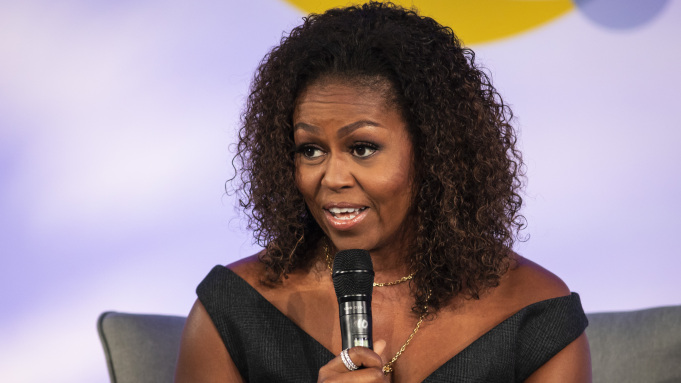 (KDRTV)-Michelle Obama, a wife to former US president Brack Obama has propelled an attack on President Donald Trump as the Democrats are clinching courses to crown Joe Biden as the White House challenger

In an emotional message recorded to the Democratic convention, the former US first lady said “Donald Trump is the wrong president for our country.”

KDRTV understands that the election will take place on Tuesday 3 November.

Due to coronavirus pandemic, the Democrats denounced plans for crowded party extravaganza

However, there is no clear record if the pre-recorded speeches can generate the same level of the audience as the pre-pandemic period

“Stating the simple fact that a black life matters is still met with derision from the nation’s highest office,” Mrs Obama continued.

“Because whenever we look to this White House for some leadership, or consolation or any semblance of steadiness, what we get instead is chaos, division and a total and utter lack of empathy.”

She also continued to state how President Trump is not the right President for America.

“Donald Trump is the wrong president for our country. He has had more than enough time to prove that he can do the job, but he is clearly in over his head. He simply cannot be who we need him to be for us. It is what it is,” she said.