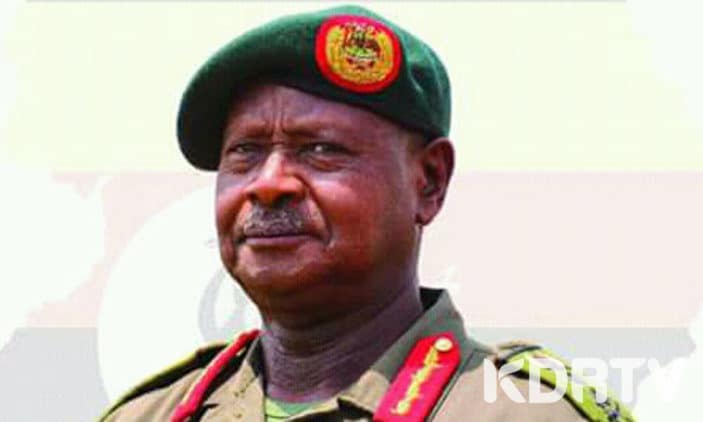 Kainerugaba will now head the elite Uganda Special Forces Command, which is responsible for guarding Museveni and the first family. He held the same position 10 years ago.

The President’s son is an elite military man, having trained at the British academy Sandhurst and other military programmes in the US, Egypt and South Africa.

Museveni made other changes in the military, including recalling Maj Gen Sabiiti Muzeeyi, the man who was criticized for last month’s chaos in Kampala, to the military headquarters for redeployment. At least 50 people were killed by police as they demonstrated over the arrest of Bobi Wine.

Museveni has been criticized for using the police and military to crackdown on dissidents during his more than 35-year rule.

The security changes, coming barely a month to the elections have raised concerns on what the President could be planning.

Robert Kyagulanyi Ssentamu, won a seat in Uganda’s Parliament in 2017.Last year,he announced he’d run to become Uganda’s next president.
All this has been made possible because of the peace and stability that NRM has created!

Dont be left Behind, Sevo can Secure your future too pic.twitter.com/7vZpmU0Rv1

National Unity Platform (NUP) candidate Bobi Wine has raised concerns about how police are being used to harass and intimidate him during the political rallies. Police have not allowed Bobi Wine and his team to access some campaign venues.

He has also alleged that police have warned hotels against hosting his delegation, forcing them to spend the night in vehicles.

Subscribe to watch latests videos
In this article:Uganda, Yoweri Museveni