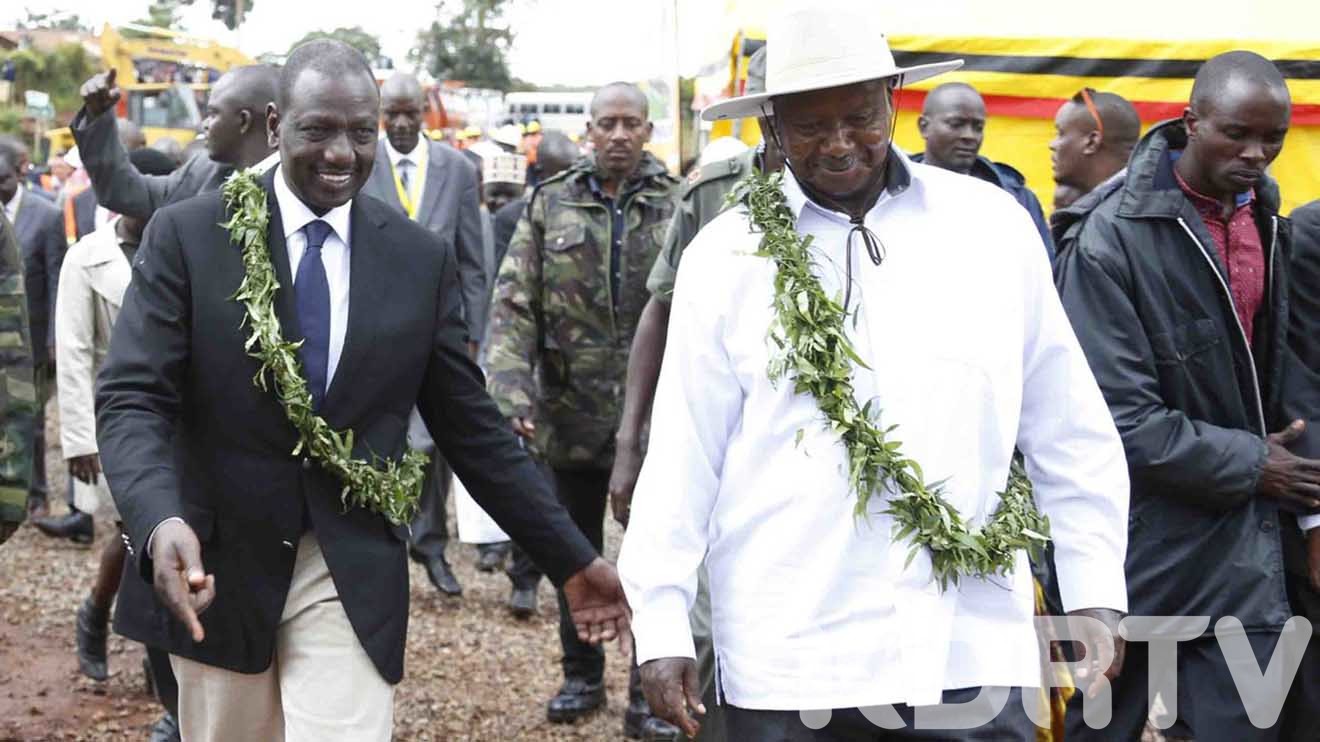 The groundbreaking ceremony for the construction of the William Ruto Leadership Institute will be held on Saturday at Makerere University. The DP will be the chief guest at the event.

Makerere University Vice-Chancellor Barnabas Nawangwe has sent out a memo inviting all members of the university Senate to attend the function.

“Makerere University has been requested by the office of the President of the Republic of Uganda to host the William Ruto Leadership Institute with laying of the foundation stone scheduled for Saturday, 21st December 2019 by HE The Deputy President of the Republic of Kenya William Samoei Ruto officiating as the chief guest starting at 10;30 AM,” reads part of the memo seen by KDRTV. 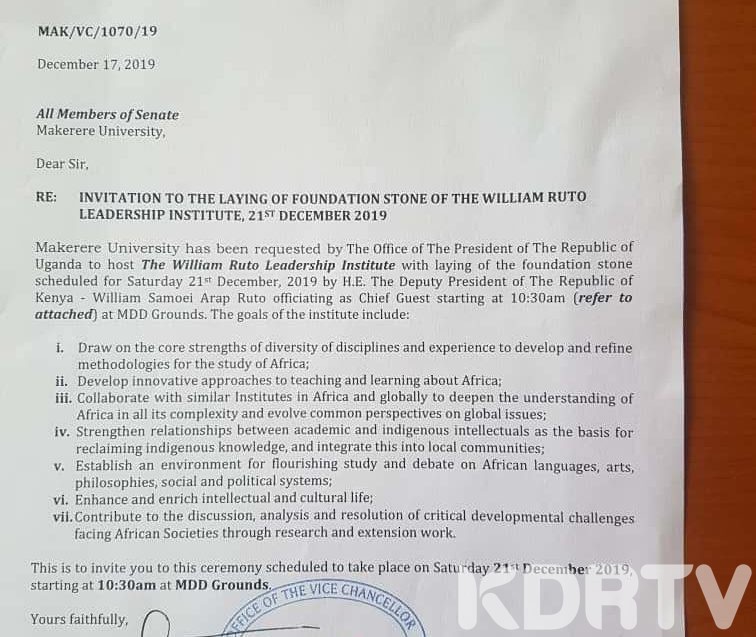 According to the Vice-chancellor, the new institute will serve seven main goals.

It will draw on the core strengths of the diversity of disciplines and experiences to develop and refine methodologies for the study of Africa.

The institution will also contribute to the discussion, analysis of critical developmental challenges facing African societies through research and extension work.

It is ironical that Museveni can build a leadership institute when his leadership style has been criticized. He is a dictator who has refused to relinquish power for more than 30 years. Museveni is also on the spot for torturing his opponents. His rival Kiza Besigye has been in and out of prison for standing against the president.