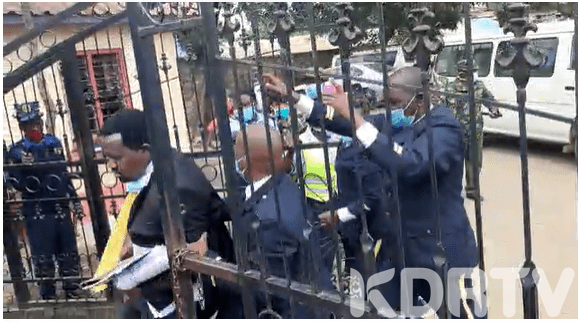 Reports indicate that earlier in the day, the lawyers had been locked out of the premises in a manner they described as illegal and barbaric

“You cannot lock us out of a public office, huku si kwa mamayako ama babayako, tell the speaker to give us as letter of cancellation, you invited us, no one is getting into this office if you do not allow us in,” Kitui County lawyer Morris Kimuli said.

The MCAs accused the lawyers of disrupting the county assembly proceedings

Read also: Uhuru to beg Ruto for his support when Raila will turn on his Tractor

The motion to impeach the governor was moved by the Athi Ward Representative and the Assembly majority leader Peter Kilonzo; in their motion, they accused the governor of gross violation of the Constitution and the County Government Act by being unable to honor summons of the Senate.