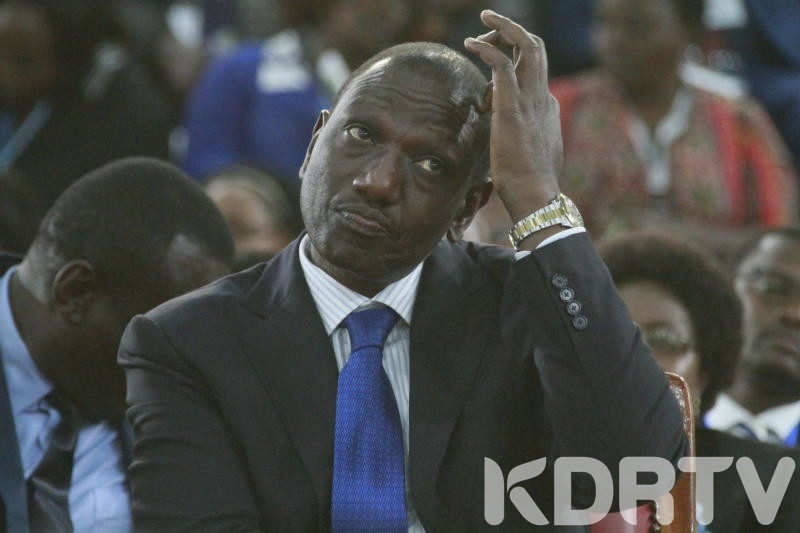 (KDRTV) – President Uhuru Kenyatta allegedly kept his deputy waiting for more than two hours at Statehouse before ushering in for a private meeting on Monday.

According to The People Daily, Ruto arrived at Statehouse a few minutes after 10 AM after being summoned by Uhuru but it was not until past noon that the meeting started.

The paper also claimed that Ruto arrived at Statehouse in only one vehicle. He was accompanied by one driver and a bodyguard. It is not clear if this was a personal choice or it was instructions from Statehouse. Ruto is known for travelling in a huge motorcade, sometimes with outriders.

When the meeting started, Uhuru warned his deputy that his outward rebellious acts will not be tolerated. A seemingly furious Uhuru told his deputy that he (Ruto) was daydreaming if he thought he was going to stop the unity pact between the President and ODM leader Raila Odinga.

Uhuru also asked his deputy on why he had planned the now infamous Naivasha meeting on Monday. More than 173 Jubilee lawmakers converged in Naivasha on Sunday evening, in a meeting they claimed was a Jubilee Parliamentary Group Meeting. Jubilee Secretary General Rapphael Tuju has vehemently distanced the party from the meeting.

Uhuru warned Ruto to stop his Tanga Tanga Lieutenants from engaging in activities that may be perceived as rebellion.

The group has announced that they will organize parallel BBI rallies across the country, a move that has infuriated the President.

While in Nakuru on Tuesday, Uhuru affirmed his decision to work with Raila, saying it is the way he has chosen to go.

“I will not be shaken. That is the position I have taken and I will move forward in that direction. I want to ensure Kenyans enjoy peace during elections every five years,” he said.