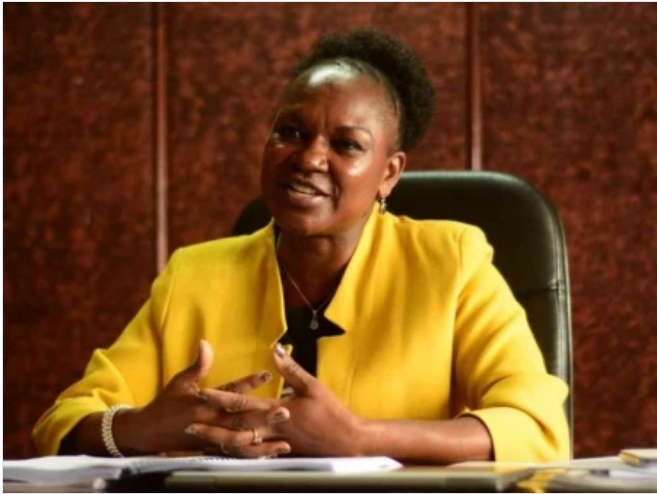 Roseline had acted as judges Magistrate Vetting Board vice-chairperson.

According to the letter that was read by the Deputy Speaker of the National Assembly Moses Cheboi during a special session on Wednesday, President Uhuru Kenyatta asked the house to expedite their approval hearing.

The house is anticipated to resume sessions on January 25 when they will consider the nomination within 28 days.

“Departmental Committee on Justice and Legal Affairs is required to notify the public and the nominee in good time.”

“Thereafter, upon resumption of its sittings, the Committee is to undertake the necessary approval hearings and submit its report to the House before Tuesday, 15th February, 2022 to enable the House consider the proposed appointment within statutory timelines,” Cheboi said.

There were speculation that Roseline Odede emerged the top in during the interveiw where the IEBC chairperson Wafula Chebukati was appointed.

Odede siad during an interveiw with KDRTV that she was not sure why the President denied her the Chebukati`s job.