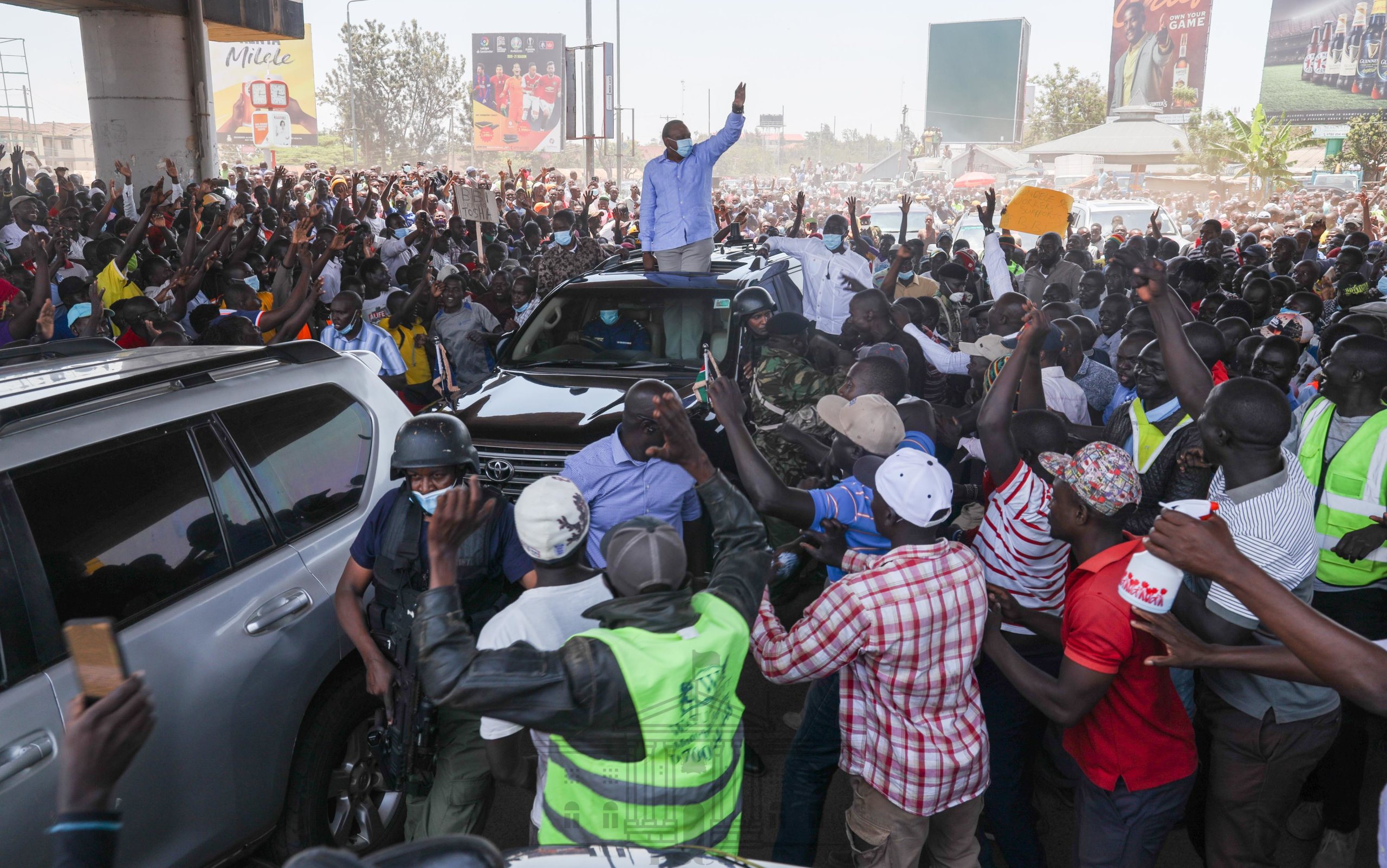 (KDRTV) – President Uhuru Kenyatta has laid the foundation for the construction of a multi-billion state of the art sports complex in Kisumu City.

While addressing residents at Kisumu Sports Ground, the President said the region is the headquarters of soccer in Kenya and deserves a good facility.

“Kisumu is the headquarters of soccer in this country and one of my promises was to build stadiums in every region in Kenya to ensure our youth have modern facilities to develop their God-given talents,’ Uhuru said.

The facility, which is already 7% complete will be constructed at the cost of Ksh 415 million.

He said he wants Kenyan youth to play professional soccer not only in Kenya but also in European leagues. To achieve this, there is need for ultra-modern facilities.

The facility was to be built at the Jomo Kenyatta Sports Ground but was changed to the Show Ground because the previous location was too small to construct an international complex.

The President said the contractor had promised to build the facility within six months, meaning it will be complete in April.

AFC Leopards will face Gor Mahia in the first match at the facility in April. Uhuru tasked Senate Speaker Ken Lusaka to prepare Ingwe for the Mashemeji Derby.

He also directed Interior CS Fred Matiangi to ensure the road leading to the stadium is improved to international standards.

“Matiang’i wewe ndio chairman, I have seen the road and it is not the road to an international stadium, ensure that it is done before the launch, including the streetlights so that everyone can know,” Uhuru said amid cheers.

Subscribe to watch latests videos
In this article:Headlines,Kisumu,President Uhuru Kenyatta