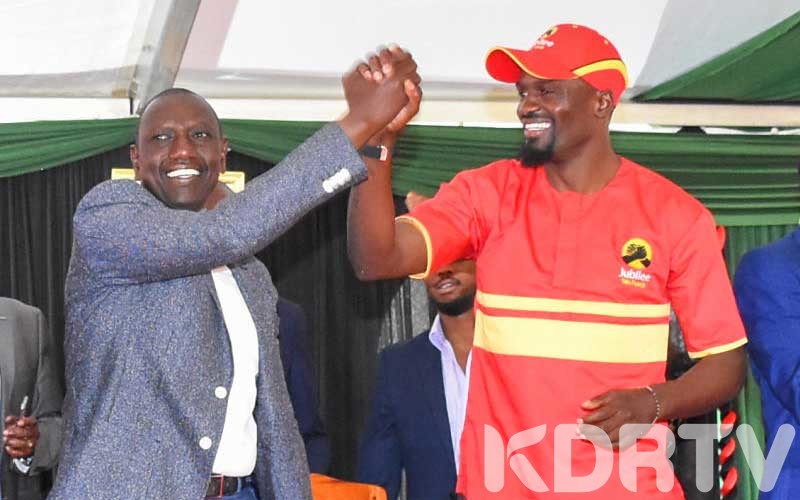 Deputy President William Ruto has come under intense criticism over the remarks he made during a political rally in Kibra on Sunday.

In a rally to drum up support for Jubilee Candidate MacDonald Mariga in the forthcoming by-elections, the DP promised to instantly start constructing a technical college the day after elections if Mariga wins.

He also promised that the government would construct affordable housing in Kibra under Mariga’s leadership. The project will create jobs for thousands of youths in the slum constituency.

However, his promised were not received well by netizens, who asked him what he has done for Kibra residents for the seven years he has been in power.

If Ruto could deliver half of the things he has promised this country in the last 10yrs , Kenya will jump from a 3rd world country to a developed economy in a fortnight. This guy lies at every chance. pic.twitter.com/83eix7k4nS

In fact, the DP, according to a section of netizens, has never delivered any of the promises he made in 2013. He said Jubilee would construct 5 stadiums and offer paid internships to the youth, non of which has been achieved.

The government has been left with multi-billion unfinished projects. Ruto has previously been on the spot for launching non-existent projects in different parts of the country.

Seven years down the line the Dp Ruto, has never delivered any of his promises, back in Eldoret Kipchoge Stadium is lying barely unfinished..and many more stadium s promised,what else can he deliver to the Kibra resident. Given a chance can this government give an account.

The DP has also been criticized for landing in Kibra under heavy security, a true reflection of what locals endure in the slum constituency on a daily basis.

DP Ruto trapped in Moi politics of “ vote for me so that you can get development “ like he walks around with a basket full of projects. Imagine his administration? #KibraConfirmation

DP Ruto claims that they first have to elect his candidate, McDonald Mariga, before these rights are granted can only be interpreted as blackmail &dishonesty.
Worth a serious probe