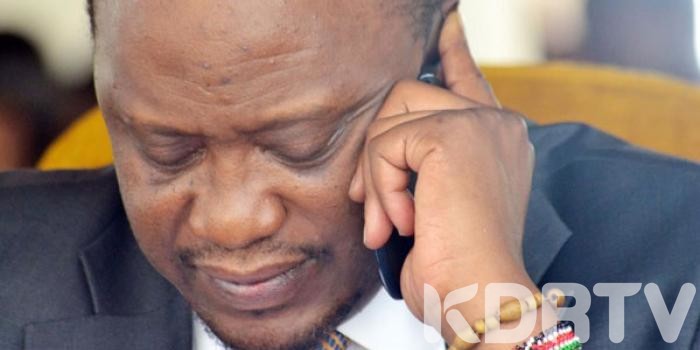 (KDRTV)- Details have surfaced about President Uhuru Kenyatta’s secret phone call to ANC` Musalia Mudavadi on Friday, January 17 to convince him and Moses Wetangula to attend the BBI forum In Bukhungu stadium.

According to a source quoted by the Daily Nation, the President called Mudavadi on Friday evening and told him that he needed his support for the BBI report to gain prominence in the Mulembe region.

“Mudavadi explained his misgivings that the meeting had been turned into a decoy for promotion of political interests as opposed to BBI ideals.

“But the President told him he needed his support,” a source identified as a former MP close to Uhuru was quoted.

After Uhuru had convinced Mudavadi, he was then tasked to bring the Ford Kenya leader on board as well.

According to our previous reports, Mudavadi and Wetangula had initially revealed their defiance to the Bukhungu BBI forum asserting that it was meant to achieve political benefits for Raila Odinga and his ODM party.

In return, the president promised Mudavadi fast action on the spectrum of the collapsed Mumias sugar company though he said that he was yet to receive the task-force report.

The mentioned task-force was co-chaired by the dismissed Agriculture CS Mwangi Kiunjuri and the Kakamega county governor Wycliffe Oparanya.

“The president assured the ANC party leader that he has since requested for the report and will make necessary policy directives in a rescue plan that will ensure the interests of farmers from the region are catered for,” the unnamed source was quoted as stating.

“It is not strange or unusual for the head of state to call my party leader and engage in a conversation. They always talk and the latest conversation about attending the Bukhungu meeting should not be an exception,” argued Agoi.

Speaking during the BBI forum, Mudavadi told the crowd that he attended to affirm his support for the BBI and called for efforts to be bestowed to put food on table for Kenyans

“I am your son, I am a Kenyan and I am your son…and I am here to dispel rumours and hearsay that I don’t support BBI because I have been involved since the launch of this process.

“My position has been very clear from the start, however, that it should be about the common man’s interests and not about individuals, and that Kenyans must read the report and give their views. So who are you to say Musalia is against the report?” he posed.