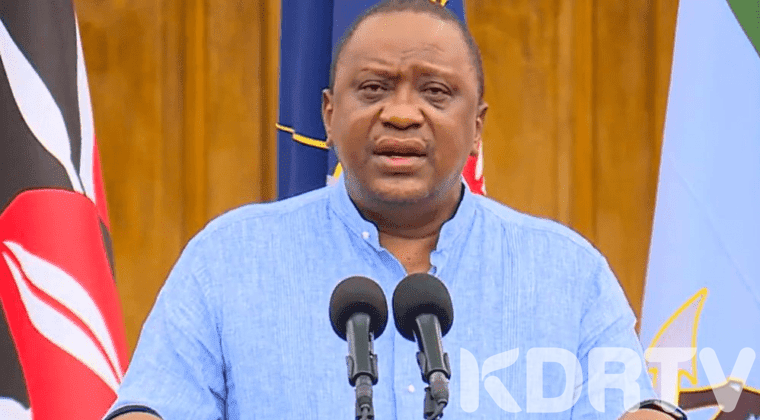 (KDRTV) – Kenyans could  be in for a rude shock when President Uhuru Kenyatta addressed the nation on Saturday.

Uhuru is set to issue new directives on the measures put in place to curb the spread of Coronavirus. These measures include cessation of movement into and out of five counties and the nationwide dusk to dawn curfew.

I don't think Uhuru will say anything different from his previous speeches, actually his errand boy Kibicho already hinted that the curfew has helped alot. Fellow Kenyans, brace yourselves for another 21days. 😪

KDRTV can confidently report that Uhuru is set to extend the cessation of movement for at least another 21 days. The curfew will also be extended but this time the hours might be reduced to start from 10pm to 5 AM.

Uhuru allegedly told Jubilee MP’s during Tuesday’s Parliamentary Group Meeting that he will reopen the country after three weeks.

Uhuru has recently insisted on the need to reopen the economy to cushion Kenyans from the tough financial conditions they are going through with more than 70% of families losing their livelihoods.

However, experts have warned that reopening the economy will lead to a spike in the number of cases which currently stand at a whopping 2,474. More than 1000 cases have been confirmed in the past two weeks alone.

“The President’s advisors are of the view that the protocols in place be retained although with some adjustment to the curfew hours,” a source within the Presidency told a local daily.