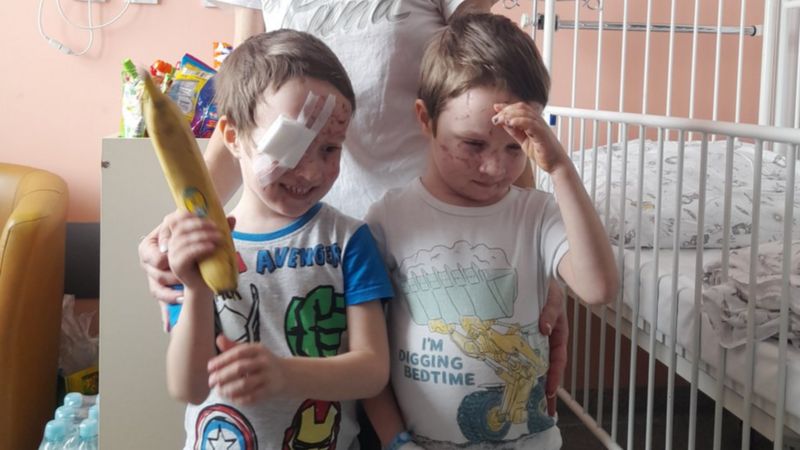 Ukraine and Russia have been in war for a month and some few days now. In the 11nth day of March, a bomb clashed into Olena Selichzianowa’s home leaving her and her twins, Nazaar and Timur blind. 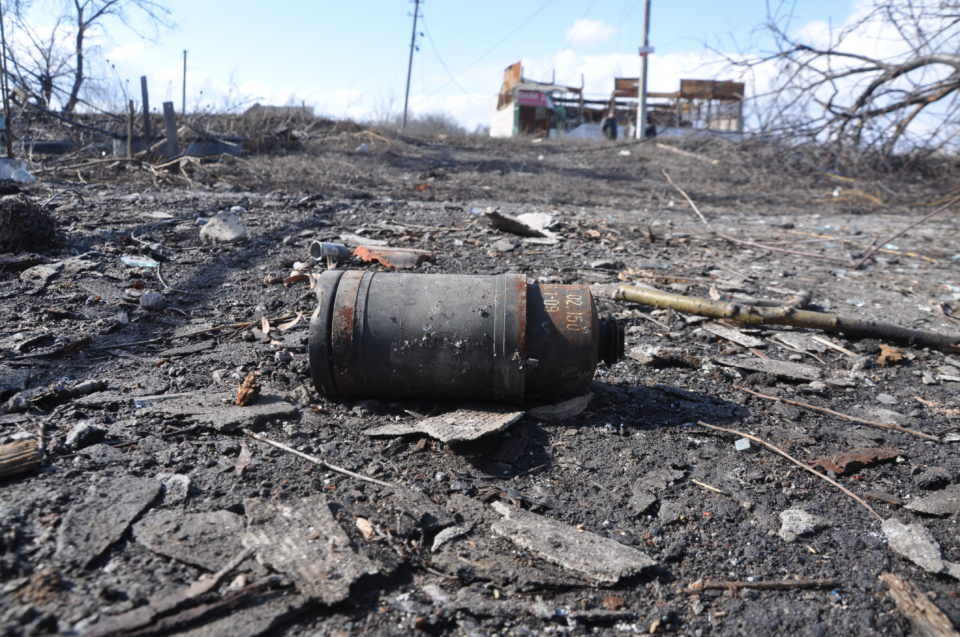 As she was trying to protect her kids, her skin was badly burnt as her leg was broken too. Luckily, they were taken to the hospital and attended to as soon as doctors could.

As most hospitals are destroyed, it would have taken them much time to get to Poland for treatment.

They have come from hell,” Professor Rejdak told the bbc. “The mum was completely blind, she could only reach out to touch her children. The children were so hungry and tired when they first arrived that they only ate, slept and cried.”

The doctor was moved as he recounts their first meeting. The eye specialist attended to them and the family had a reason to smile again.

“We decided to operate on mum. I performed bilateral cataract surgery. The surgery was really complicated because of the wounds, because of a piece of glass inside one eye.” Adding,

“Fortunately the surgery went really perfectly and Olena sees almost fully two days after. The healing process is perfect so I hope it will be even better – but at least now she can see her boys and look around.”

According to the doctors, the twins have ocular trauma and the vision will take much longer to fully heal.

However, more people are injured and Professor Redjak is providing virtual consultations with the people of Ukraine.

The family of Olena cannot go back home because everything is destroyed.