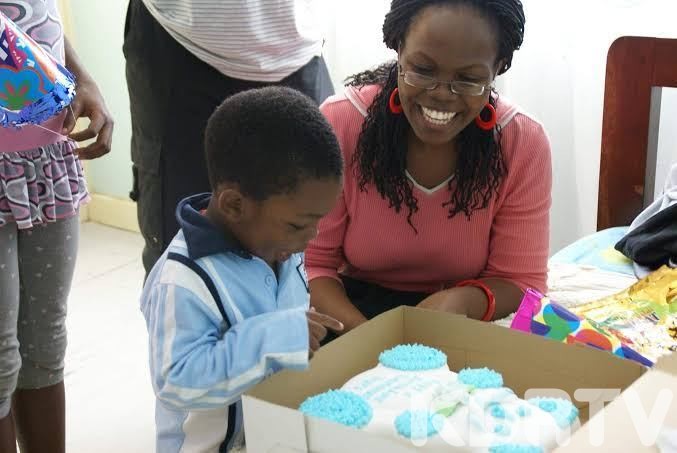 A post mortem examination conducted on the body of Emmanuel Solomon Inyama, the 13 year old son of University of Nairobi lecturer Hannah Khahugani Inyama has revealed that the minor died of excessive bleeding in the stomach.

It has also been discovered that he had severe ulcers that led to a hemorrhage hence the cause of his death.

The news of the minor’s death hit the waves after the neighbors and the caretaker alerted the police of a foul smell in their apartment in South B area.

Stephen Mwangi, the caretaker narrated that a repugnant smell was coming from the apartment, and the attempts to reach the boy’s mother were futile since she did not pick her phone.

He peeped into the house and saw a lifeless body on the floor, wrapped in a blanket with a decomposing smell.

“When I knocked on her door, she did not open. I called her on mobile phone, she did not receive the call. However, I could hear her phone ringing in the living room. So, I peeped through the window. It was at that point that I saw the boy’s body, which had been covered in a blanket, placed on the floor in the living room,” said Mwangi.

The boys mother, Hannah Khahugani is a UoN lecturer and a Phd  student, who was the first suspect in the death, having been arrested and arraigned in Makadara Law Courts.

READ ALSO: Controversy As Suspect In Priest Murder Claims To Be His Lover

She is set to undergo a psychiatrist test on Monday, 28 with the police holding her at the Industrial Area for 10 more days to probe into the matter.

According to the neighbors, Hannah started acting different after allegedly joining a cult that she was very committed to and dedicated her life into.

Sources also reported that the lecturer’s son was sick but she did not take him to the hospital due to the regulations of the alleged cult.

After his death, she decided to keep him in the house instead of reporting to the police with hopes that she would pray and have him brought back to life.

The police are yet to ascertain whether the lecturer was a member of the cult as well as the circumstances that surrounded the body being kept decomposing in the house for more than four days.

Subscribe to watch latests videos
In this article:Death,Lecturer,Nairobi University,Police Officers