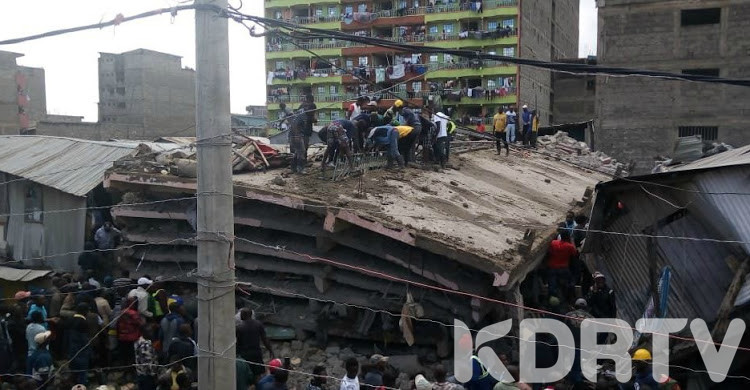 At least four people have been confirmed dead and more than 29 others sustained injuries after the six-story building collapsed in Tassia Estate, in Embakassi East, Nairobi.

8 people sustained serious injuries and are currently fighting for their lives at different health facilities.

“There were 57 rooms, in the building and we believe there are many people trapped inside, we urge the public to remain calm as all government agencies are here helping in the rescue mission,” said Kihalangwa.

Over 29 persons who were rescued were taken to Mama Lucy and Kenyatta hospitals.
The incident has come barely months after a class collapsed at the Ngong area in September 2019 resulting in the death of eight pupils.
Subscribe to watch latests videos
In this article: